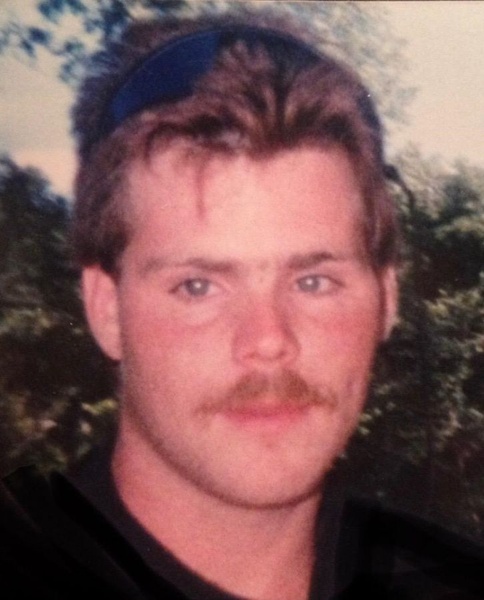 Michael James Cook Jr. jumped on a chrome bike and rode his way to heaven.

On May 22, 1972 a beautiful vibrant and healthy baby boy was born to Michael Sr. and Rose Cook in Winona, MN. They would name him Michael Hebrew for "Gift from God" and that he was!

Michael's life had been anything but a smooth enjoyable ride. He knew pain and suffering that many of us never endured but he went through life patches by keeping the petals turning and he rode life hard. Yet through all of life's obstacles he would stop and lend a calloused hand to someone in need, open his door to a stranger, give his last dollar to someone who asked for it or his shoes off his feet rather than see someone struggle to walk without but in his own struggles, he would sometimes have to turn away from the world so to ride in a different direction in order to try and understand it.

He became a mechanic by trade and loved tinkering since the moment he could grasp a tool. There wasn't anything he wasn't afraid to tear into but that didn't exactly mean he could always put it all back together. If asked his favorite color he would have responded, "chrome". Up into his teenage years, it wasn't unusual to see this dare devil riding wheelies 6 city blocks long in fact, very seldom did you see both wheels on the ground when he rode. That's why it's not surprising later in life he opened up his own bike repair shop in the back of his home where he resided in New Richland, MN for the past three years and Waseca, MN prior to that. This was something Michael truly enjoyed and shined at especially when it came to the BMX freestyles like the Haro. It seemed to bring out the kid in him, the kid he never really got to be but only now he was safe.

Michael received gifts from God, they were his children: with Kristin, a son Riley and later with Angie, two daughters, Natasha and Teresa, and a son Malachi.
He is also survived by his parents, Michael Cook Sr. and Rose (Steve) Krueger, sisters, Kristy (David) Johnson, and Tabatha Cook (Jay).
In addition, Michael had nieces and nephews: Branden (Ashley), Erika (Tanner), Cody, Spencer, Dion, and Austin.
As well as great-nieces and nephews: Brielle, Jaxon, Hudson, Halden, Hadlyn, and Aphira.

He is proceeded in death with grandparents:
Shirley and Gerald Cook and Violet and Anthony Schell.

A small "open house" celebration of life is planned for Sunday, September 26th, 2021 at The Outlet on 137 S. Broadway in Albert Lea, MN from 5:30p- 8pm. You are welcome to join us to share in the memories of our Michael.

Hoff Celebration of Life Center, Goodview, is assisting the family with arrangements, a huge thank you for all they have done to help us through this grieving process. A private burial is set for a later date.

If you feel that you must, cards can be sent to: Michael Cook C/O Hoff Celebration of Life Center, 3480 Service Drive, Goodview, MN 55987.

As you arrived in heaven and stripped your earthly bonds to begin your work with our unfailing Heavenly Father who loves you..
We will hold you close within our hearts and there you will remain to walk and guide us through our lives until we meet again. We love you Michael.
- Your Family