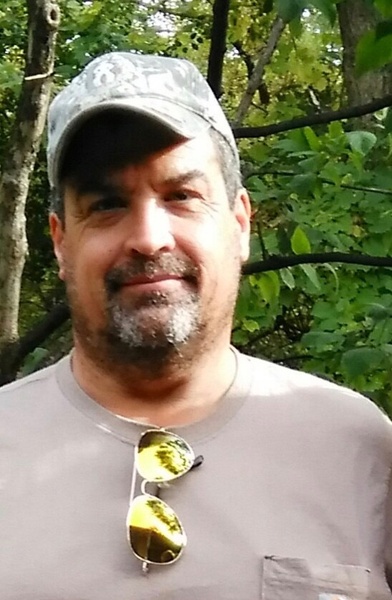 Michael Neil Bellock of Natrona, Wyoming, formerly of Rushford and Winona, MN, died at his home on May 16, 2021.

Mike was born on February 16, 1966, to Alfred N. Bellock and Alta Bellock (Shrum) in Billings, Montana. He was raised in the Rushford area and at times lived with his adored grandma Bellock and various aunts and uncles. He had a love of the mountains of the West and, in recent years, was fulfilling his dream of living on the land there.

Just after Mike turned 19, he lost his leg in a farming accident, but he never let it slow him down. He attended United States Truck Driving School and Diesel Mechanics School in Denver, Colorado and went on to get his CDL, driving for over 12 years without a single accident. He was a jack of all trades and could fix anything. Some of his many jobs included being an over-the-road truck driver, self-taught mechanic, farm hand, concrete company manager, auto parts store worker, and owner of a snow plowing and lawn care business. He was proud of his time volunteering with the Winona Area Jaycees, especially as Steamboat Days parade director.

Mike was happiest out on his land, working on his project trucks and steadily adding improvements, such as solar panels and fencing. Similar to throughout his life, he was always available to his Wyoming neighbors to help out, whether fixing fences, plowing snow or helping deliver calves. He enjoyed riding ATVs with his wife on their land and in Wisconsin. He had an interest in how things worked, whether it was by learning more from the history channel or by taking things apart. Mike loved hunting and dirt biking with his son Luke. He was proud to teach his children about cars and was always available to share his knowledge. With a quick wit and a one of a kind sense of humor, he had a smile that lit up a room and welcomed all.

Mike will be missed by many. Grateful for having shared his life are his wife, ZinaBeth Bellock; children Jessica (Kirsten) Anderson, Lucas N. Bellock, Mary Kate Buege, and Benjamin Johnson; grandson, Alden Anderson; siblings Michele Bellock and Mark Bellock; nieces and nephews; aunts, uncles, and cousins; many loving in-laws and friends. He was preceded in death by his parents and his beloved cat Lazy.

A visitation will be held at Hoff Funeral Home in Rushford from 4:00 to 6:30 p.m. on Thursday, May 27, 2021. A memorial service will follow at 6:30 p.m.
In respect for Mike's newborn grandson, we ask that everyone in attendance wear a mask.