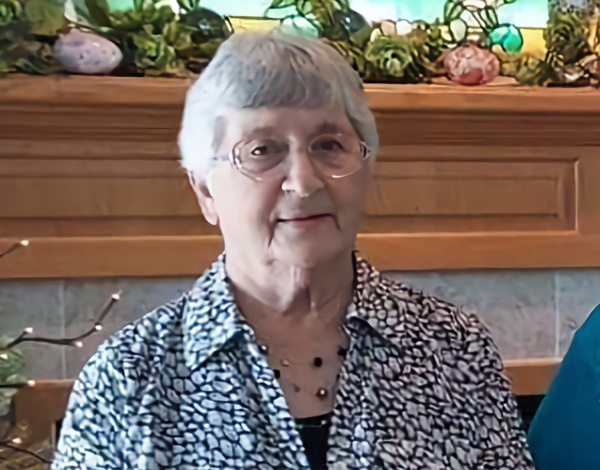 Maxine was born on August 20, 1935, in Viroqua, WI to Edwin and Inez (Bobst) Gabrielson. Maxine and her older sister, Carmen grew up on a tobacco and dairy farm in Purdy Valley near Norwegian Hollow. Instilled in Maxine was a passion and a work ethic for the love of farming qualities developed through five generations of 4-H families and parent leaders. She was an exemplary student and loved music. Maxine boasted how the entire high school band got to compete in the state band competition and traveled there in a neighbor’s large cattle truck, not a school bus. The band had a great time going to and from Madison and were all slightly wind burned. Maxine attended La Crosse University for two years and then met the love of her life, Ralph W. Lind. The couple were united in marriage on July 17, 1954, at the Houston Baptist Church. After overcoming polio, Ralph built roads during the week and farmed on the weekends. They farmed beef and corn crops on their first farm in Yucatan Valley, now known as the Outback Ranch. Marcia and Jeff were born on the first farm, and Randy was born during the move to the family’s new farm in Badger Valley. Maxine was a 4-H leader in Badger Valley. She was delighted when she won a sewing machine at the Houston County Fair. Maxine signed her daughter and herself up for a six weeklong sewing class which came with the sewing machine. In 1966, Maxine designed, sewed and modeled a suit for a competition in Mankato MN where she received highest accolades.

The farm offered her three children, neighbors and church kids the greatest activities: swimming in the farm ponds, fishing in the creek, playing in the haymow and driving on the five acre go cart track, after corn season was over. Everything a farm kid could want was available: Tomato sandwiches, summer sausage, a big variety of produce and beef that Maxine grew and raised, also fresh milk from their dairy cows. On the farm, sports consisted of farm chores. In 1965, Ralph and Maxine were honored with the Houston County Conservation Award for diversion of waterway, terrace cropping of land and woodland practices, modeled into the next farm in 1971, in Money Creek. At that time Maxine started working at Ace Telephone as a receptionist when the children were old enough. She finished her teaching degree at UW La Crosse. Mrs. Lind taught elementary school for 33 years and was a substitute teacher for 10 more. Maxine later received her Masters Degree in Education. Maxine was a Sunday school teacher and superintendent for decades. She was a 4-H leader and would milk cows after teaching a full day of school. Instilled in the family work ethic, Ralph and Maxine farmed with family, ensuring quality dairy, choice beef, corn and soybeans. After retirement, Maxine and Ralph planted pumpkins, sweet corn, tomatoes, strawberries, raspberries, and had a popular honor-can-roadside stand. In doing so, Maxine was so happy of those proceeds, to buy new carpet for the large farmhouse. In their next chapter, Maxine and Ralph built a new “state of the art” Augedahl built custom home on Highway 76. The acreage continued trails, woods, hunting and popular retreat for family in the woods at the cabin known as the tongue in cheek Money Creek Hilton. The pumpkins that rolled down the hill attracted numerous deer and could entertain for hours the grandchildren and great-grandchildren. Fresh berries from the woods and everything from Maxine’s garden and her zucchini chocolate bars left no one hungry.

Maxine is survived by her children: Marcia (Duane) Beckman of Caledonia, MN, Jeff of Houston, MN and Randy (Marilyn) of Minneapolis, MN; grandchildren, Bryan, Neil (Pam), Brenda, Alana (Bruce), Jessica, Katie, Nicole, and Madison; great-grandchildren: Carter, Haylee, Olivia, Grayden, Hudson, Marlon, Maryn, Harrison, and Ruby; a sister, Carmen (Dr. Gaylon Halverson). Maxine was loved by many students and was a devoted Christian. She sewed and donated dozens of fleece clothing, quilts and blankets for many in need. She will be greatly missed.

The family requests no flowers.

There will be a private family  graveside service at Swede Bottom Cemetery.

Please leave a memory of Maxine and sign her online guestbook at www.hofffuneral.com