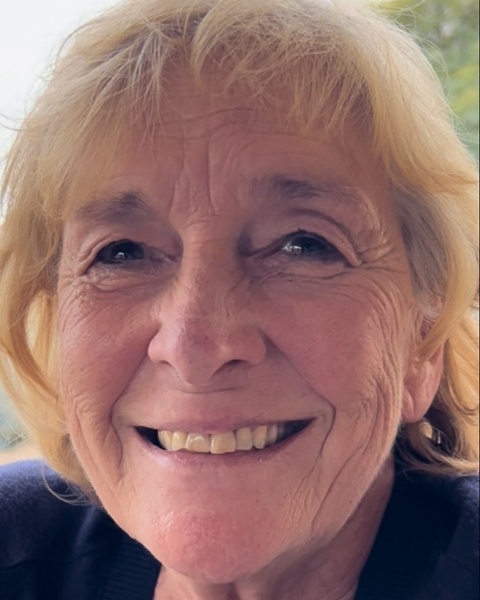 Mary Kaye Kramer, 72, of Birchwood, WI and formerly of Altura, MN, died Wednesday, October 5, 2022 at Marshfield Medical Center in Rice Lake, WI.  Mary Kaye was born April 8, 1950 in Mankato to Leo and S. Eileen (Willette) Walter.  Mary Kaye and her siblings were raised in their family’s home in Easton, MN.  She graduated from Good Counsel High School in Mankato in 1968, and then graduated with a degree in Theology from St. Catherine’s College in St. Paul in 1973.  After graduating from college, Mary Kaye moved to La Crescent to run the religious education program at Crucifixion Catholic Church. On December 8, 1973, Mary Kaye met her soon to be husband Jim Kramer.  The evening they met included two encounters, the first being introduced by family and friends at the Hoffman House restaurant, and the second including Jim throwing snowballs at her bedroom window at 2am.  They were married September 7, 1974 at Our Lady of Mount Carmel in Easton, MN.  Jim and Mary Kaye then moved to Altura, where Mary Kaye worked in the religious education program at Holy Trinity Catholic Church in Rollingstone and St. Mary Catholic Church in Chatfield.  Mary Kaye was also a talented musician, who loved to play the piano and guitar, and she loved to sing.  She would play guitar and sing at Masses in her earlier years. After giving birth and spending time with her three children, Mary Kaye ran the Altura State Agency Inc, and was also active in the community.  She served on the local school board and was involved at St. Anthony Church, including teaching in the CCD program.  Following Mary Kaye’s retirement as an insurance agent, she and Jim started spending winters in Arizona and summers at their cabin at Birchwood. She loved to golf and play cards (especially 500) with her family and friends. She was also an amazing fisherwoman.  Mary Kaye was very competitive and liked to banter with her opponents.  She was also an extremely generous and down-to-earth person, always thinking of others and putting them first.  Mary Kaye is survived by her husband, Jim, her three children; Peter of Zumbro Falls, Michael (Laura) of Brooklyn Park, and Bridget of St. Paul, one grandson Tyler, and two siblings, Pat Goodrich of Mankato, and Bill (Karen) Walter of Waseca. She was preceded in death by a brother, Don, and her parents. A Funeral Mass for Mary Kaye will be at 11 a.m. Wednesday, October 19, 2022 at St. Rose of Lima Catholic Church in Lewiston, with the Reverend Chinnappa Pothireddy officiating. Burial will be in St. Mary’s Cemetery at Oak Ridge. A visitation will be 5 – 8 p.m. Tuesday, October 18, 2022, at Hoff Funeral Service in St. Charles. There will also be a visitation from 10 - 11 a.m. Wednesday at the church. Hoff Funeral Service of St. Charles is assisting the family with arrangements. www.hofffuneral.com.
Memorials preferred to Community of Saints Regional Catholic School, 335 Hurley Street East, West St. Paul, MN 55118