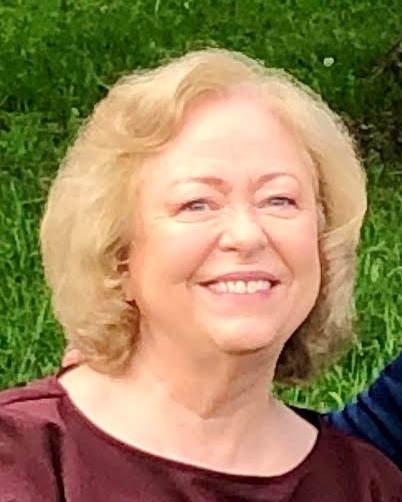 Mary's Funeral Mass will be available to view via the church live stream at www.redeemersaints.org.

Mary Kaehler, 73, of St. Charles, passed away Tuesday, October 4, 2022 at Season’s Hospice House in Rochester surrounded by family, ending her battle with cancer.  Mary was born June 16, 1949 in Blooming Prairie to Thomas and Mary (Renchin) Burke.  She was raised on the Burke Blacktop Angus Farm and was involved with showing livestock.  She dreamed of adventures beyond Blooming Prairie, so she completed nursing school at Mayo Clinic, then became an international airline stewardess.  Mary and Frank Kaehler were married November 4, 1972.  After marriage, Mary continued flying then decided to raise her family and support the operations at Homedale Farms.  Later she worked for Herff Jones, and then at Mayo Clinic as a radiology tech. Mary and Frank were married nearly 50 years and lived on their family farm, just northwest of St. Charles.  Mary’s greatest accomplishment in life was raising their six children, but she loved her grandchildren even more.  She also devoted time to managing the farm, keeping tabs on Frank, making her famous chocolate candy treats, baking, decorating cakes, canning, and gardening.  She was a great cook and baker, serving many guests at their table filled with delicious meals and desserts.  She welcomed everyone.

A Funeral Mass for Mary will be held at 11 a.m. Tuesday, October 11, 2022 at St. Charles Borromeo Catholic Church in St. Charles with the Reverend Tim Biren officiating.

Visitations will be held at St. Charles Borromeo Catholic Church from 4 – 8 p.m. on Monday, October 10th, and 10 – 11 a.m. on Tuesday prior to the mass.  Burial will be in Calvary Cemetery.

Hoff Funeral Service of St. Charles is assisting the family with arrangements. www.hofffuneral.com. Memorials will be directed to the St. Charles High School Students in Need Fund.