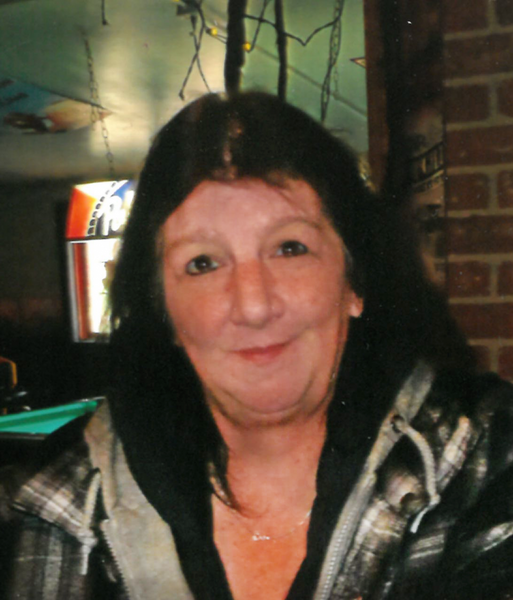 Mary JoAnn Martin, 53, passed away peacefully surrounded by her family on Sunday, November 24, 2019. Mary was born October 28, 1966 and adopted by James and Helen McDougall of Dover, MN on December 15, 1966. She was joined by a brother, William Frederick on December 13, 1967. They grew up on the family farm with cats, dogs, calves, sheep and her horse, Taco, swimming, camping, and fishing with the Dover kids in the farm pond. She enjoyed playing pool and card games.
Mary graduated from Dover-Eyota High school in 1985. On August 2, 1986 Mary and Jon Martin were married at our Savior's Lutheran Church in Eyota, MN. They lived in various places in the area until moving to Fountain City, WI where Mary owned and operated Mary Moe's Bar in Bluff Siding. In 1996 Mary was reconnected with her birth mother, Sandra Johnson. Jon and Mary were later divorced.
Mary is survived by children, Carrie Milkent and James Martin of Fountain City; grandchildren, Calen, Nathan, Avery, Lillian, Farah; mother and step-father, Helen and Carlos Pierce of St. Charles; brother, Fred McDougall of La Crosse; birth mother, Sandra Johnson of Milaca, MN; half-brother, Patrick Jackson; half-sister, Kelly Wagman; ex husband, Jon Martin of Fountain City; former mother in law, Joyce Martin and family of Dover, many aunts, uncles, cousins and countless friends.
Mary is preceded in death by her father, James McDougall in 1985; stepfather, Harold Ellinghuysen in 2000; grandparents; son-in-law, Adam Milkent in 2018; father-in-law, Jack Martin.
Honorary pallbearers are all Mary's dear relatives and many friends who will always carry her memory in their hearts and minds.
A Celebration of Mary's Life will be held at 11 a.m., Saturday, November 30, 2019 with visitation starting at 9 a.m., at Hoff Celebration of Life Center, Goodview. Burial will be held at a later date at Evergreen Cemetery, Dover.
In Lieu of flowers memorials preferred to the family or a charity of your choice are appreciated. Please view her tribute video and leave a memory at hofffuneral.com.