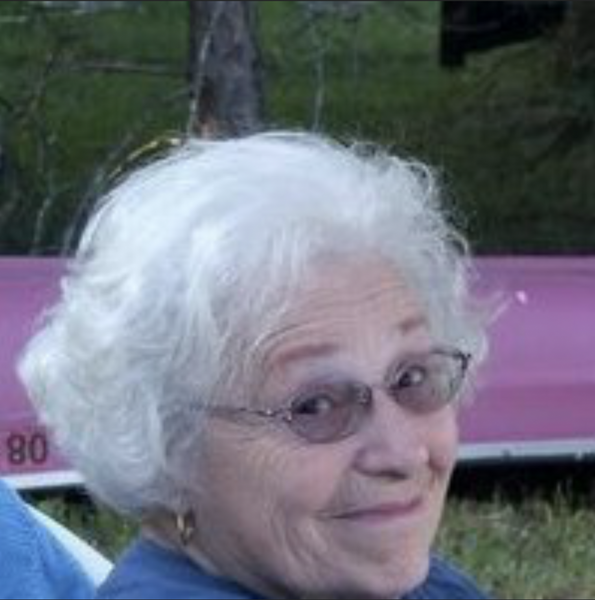 Matriarch Mary Jean Dettinger, 90, of Trempealeau, passed away peacefully at home with family at her side on Sunday, January 30, 2022. She was born on January 4, 1932, in Trempealeau to William and Evelyn (Wardwell) Raymond. Mary was an extremely accomplished and caring woman who became a licensed nurse by the time she was 18. She met Gerald "Gub" Dettinger while dancing at the Acorn Ballroom, and they were united in marriage on November 29, 1952. Shortly after their marriage, they moved to St. Paul and raised six children. There, the family owned and operated 3 Seasons drive-in restaurant and The Sun & Sno Motel for 48 years. If that wasn't busy enough, she obtained her real estate license. She was their top seller with interest rates at 22 percent. At the age of 68, Mary renewed her nursing license and cared for the first AIDS patient in La Crosse, Wis.
In 1986, Jerry and Mary moved back to Trempealeau. Being an avid reader, she was on the board of the Shirley M. Wright Memorial Library. She enjoyed politics, cards, going to the casino and was a huge Packer fan. Swimming daily at the Winona Y and going to coffee with her friends was a must. Most of all, Mary enjoyed spending time with her family. A yearly highlight was the opportunity to get together with her entire family for her birthday. Mary was a truly remarkable lady and the anchor of the family. She was a great listener and life coach, able to offer practical genuine advice to get you through any situation. She got right to the point.
Mary will be greatly missed by her children, Christian (Carol) Dettinger, Thomas (Sally) Dettinger, Gerald (Carrie) Dettinger, Dawn Dettinger, and Annie (Brad) Beedle; 16 grandchildren; 27 great-grandchildren; siblings, Roseann Raymond, Irene (Maynard) Smieja, Anthony (Sandy) Raymond, Janet Raymond, and Kathryn (Art Haspalaugh) Raymond; son-in-law, Jerry Pushcar; and many other relatives and friends.
She was preceded in death by her husband, Jerry; daughter, Marilyn Pushcar; parents, William and Evelyn; and siblings, Martha Skroska, Wallace (Norma) Raymond, and Helen Emmeot.
A Funeral Mass will be held at 1 p.m. on Tuesday, February 8, 2022, at the Basilica of St. Stanislaus Kostka with The Very Reverend Patrick Arens officiating. Visitation will be held one hour prior to the start of Mass. In lieu of flowers, memorials may be directed to the Basilica of St. Stanislaus Kostka. Hoff Celebration of Life Center in Goodview is assisting the family with arrangements.