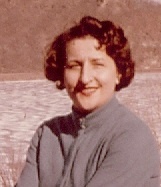 Mary Ann Alston, 93 of Winona, died Thursday, October 17, 2019 at Sauer Healthcare.
Mary was born March 26, 1926 in North Creek, Wisconsin to Peter and Julia (Jonietz) Kupietz. They later moved to Arcadia, Wisconsin. She attended St. Aloysius Catholic School in Arcadia. She moved to Seattle, Washington during World War II and was a "Rosie the Riveter" working in an airplane manufacturing company. She met and married Larey Vernon Alston while he was in the US Navy in Seattle, Washington in 1944. They moved to Winona after World War II. Larey passed away April 5, 1992. She worked at Bolands Company, WinCraft and the US Census Bureau. She enjoyed crossword puzzles, watching TV news and old movies, going to garage and estate sales and spending time with her grandchildren.
Mary is survived by two daughters: Lonnie (Richard) Brotzman of St. George, Kansas and Patricia (Steve) Shaw of Winona, MN; grandchildren, Rick, John and Julie Brotzman and Michael, Stephen Jr., Stephanie Shaw and Katherine Adank and great-grandchildren, Ryan and Lilly Brotzman and Elizabeth Adank. She was preceded in death by her parents, Peter and Julia Kupietz, her siblings, Ernest, Richard and Petronella, and her husband, Larey.
Thank you to Sauer Healthcare for Mary's care.
Funeral Service will be 7 p.m., Monday, October 28, 2019 at Hoff Celebration of Life Center - Goodview with Deacon Justin Green officiating. Visitation will be 6:30 until the time of the service. She will be laid to rest at St. Michael's Cemetery in North Creek, WI.
Please share a memory of Mary and sign her online guestbook at www.hofffuneral.com.