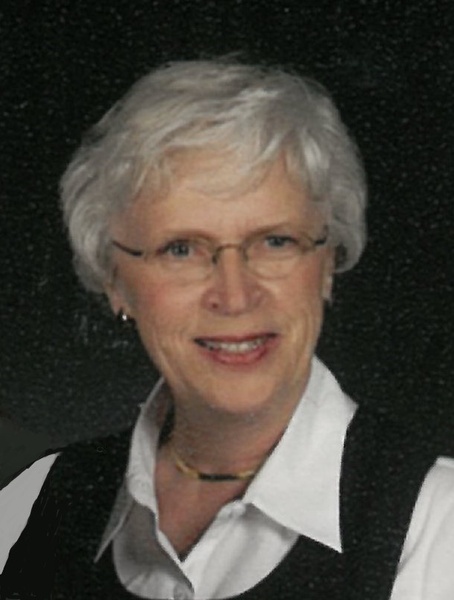 Her childhood was spent on a farm near Stoddard, Wisconsin. She attended Grandview School, a one room schoolhouse, until her high school years. Marilyn also had a strong faith throughout her lifetime being baptized and confirmed at St. Matthew's Lutheran Church in Stoddard. She was a 1957 graduate of La Crosse Central High School.

Marilyn married Frederick Huhn on August 21, 1965. They enjoyed 55 years of marriage. They were blessed with three children: Jon, Jennifer, and Heidi. Marilyn adored her children and grandchildren. They were the light of her life.

Marilyn held various job positions throughout her lifetime. After graduating from high school, she worked at Trane Company in La Crosse, she was a homemaker and provided daycare for several families in the community of Houston. Once her children were in school, she became a bookkeeper for Houston Co-op Creamery, later becoming a bookkeeper at Mound Prairie Insurance in Houston. Her love for socializing and always being the consummate hostess, Marilyn and Fred decided to open Addie's Attic, a bed and breakfast, which also kept them busy on the weekends. Marilyn's passion for creativity brought her to the role of an activity assistant for Valley View Healthcare and Rehab. Her love for children drew her to a new job of becoming a paraprofessional in the Houston Public School's Preschool which took her up to retirement.

Marilyn had many hobbies and interests throughout her lifetime. She had a very creative side, making yearly gingerbread houses, painting, sewing, bowling, quilting so many gorgeous quilts for her children and grandchildren, baking delicious desserts, cooking amazing meals, creating beautiful flower gardens and gardening in general. Her favorite pastimes included shopping, traveling, dancing, playing euchre, and being an innkeeper at Addie's Attic Bed and Breakfast.

Marilyn was an active member in the community of Houston. Serving in many capacities during Hoedown. Volunteering at Valley View Healthcare and Rehab, reading during the children's hour at the Houston Library, and participating as a Houston Booster Club member. She was also an active member of St. John's Lutheran Church in Caledonia. In her later years she was diagnosed with Alzheimer's but this did not deter her from enjoying company, friends and socializing with all.

Marilyn is survived by her three children: Jonathan (Karen) Huhn of Hudson, WI; Jennifer (Mike) Tripp of Plymouth, MN; and Heidi (Steve) Thompson of Houston, MN. Seven grandchildren: Connor and Garrett Huhn, Lauren (Morgan) Barth, Maria Tripp, and Kate, Sydney, and Jane Thompson. One sister, Joyce Betz, and a brother, Harold (Bonnie) Beitlich, as well as many cousins, nieces, and nephews. She was preceded in death by her parents: Leonard and Viola (Schlicht) Beitlich and her husband, Fred.

There will be a funeral service for Marilyn at 11:00 a.m. on Monday, March 14, 2022, at St. John's Lutheran Church in Caledonia, MN. Burial will follow in the Money Creek Cemetery in Money Creek, MN.
Visitation will be from 4:00 to 6:00 p.m. on Sunday, March 13, Hoff Funeral and Cremation Service - Houston and one hour prior to the service on Monday at the church.

A special thank you to Heritage Court in Houston, Spring Brook Village of La Crescent, Mayo Hospice Services, and the staff at Mayo Health Systems in La Crosse for the compassionate care that you provided.