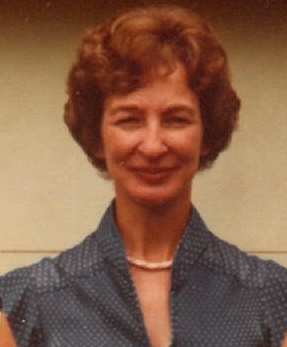 Marilyn Yvonne Boyer, 87 of Winona, died of Covid-19 complications on Thursday, December 24, 2020 at Benedictine Living Community - St. Anne.
Marilyn was born September 22, 1933 to Art & Inez Peterson on their farm near Lanesboro. For eight years, she attended the Abrahamson Grade School in rural Lanesboro and graduated from Lanesboro High School in 1951. On June 28, 1952, Marilyn was united in marriage to Willis Boyer at the Highland Lutheran Church in rural Lanesboro. She was a typist at the State Capitol in Sacramento, CA while Willis was stationed in the Air Force. In later years, Marilyn was a teletype operator at the Sears Roebuck Stores in Rochester, MN, Lincoln, NE and Winona. After the children were in school, she worked for eight years at Bucky's Fast Food and Kmart. Marilyn and Willis enjoyed traveling after he retired from NSP. Marilyn was a member of Central Lutheran Church.
Survivors include her husband, Willis; three sons, Larry (Loretta) of Winona, Roger of St. Louis Park and Steven (Jill) and their daughter, Emily of Lakeville; sister, Darlene; and brother, Duane (Mary).
She was preceded in death by her parents; and two brothers, Everett and David.
Marilyn's family would like to thank the staff at Benedictine Living Community for the compassionate care shown to Marilyn these last five years through her battle with Alzheimer's Disease.
A Memorial Service will be 10:30 a.m., Thursday, June 24, 2021 at Central Lutheran Church with the Reverend Michael Short officiating. Visitation will be 9:30 until the time of the service. She will be laid to rest at Woodlawn Cemetery. Hoff Celebration of Life Center - Goodview is assisting the family with arrangements.