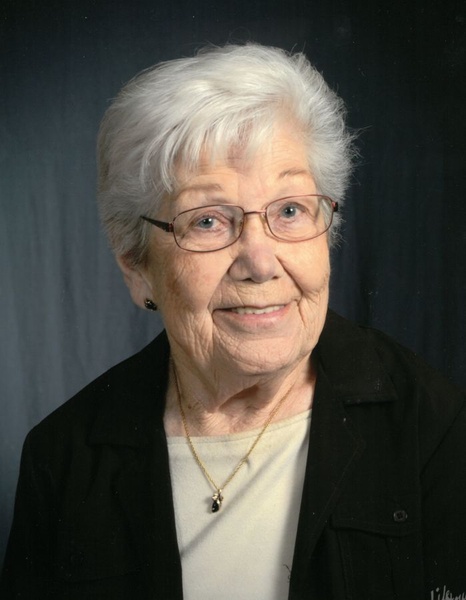 Marian T. Evenson, 89, of Rushford, MN died on Thursday, December 23,
2021, at Gundersen Health System in La Crosse, WI.
Marian Theresa Carlson was born on May 19, 1932, in Rushford, MN to
Frank and Gladys (Spande) Carlson. She was raised primarily in
Rushford and attended Rushford Schools. On August 14, 1948, Marian was
united in marriage with Carroll Evenson. She went through the
cosmetology program at Winona Vocational School and operated her own
beauty salon in Rushford for many years. She and Carroll wintered in
Florida for many years where Marian also worked as a hair dresser. She
was a member of Rushford Lutheran Church. Marian enjoyed knitting,
crocheting, and spending time with her grandchildren and
great-grandchildren. She also loved attending gatherings at the family
cabin at Maple Creek.
Marian is survived by her son, Kenneth of Rushford; six grandchildren:
Megan (Ben) Schemensky, Michael (Stephanie) Evenson, Matthew (Misty)
Evenson, Brock (Jody) Evenson, Heather (Datron) Williams and Emily
(Jesse) Gann; daughter-in-law, Lorraine Evenson; brother-in-law, John
(Peggy) Stolee; and many nieces and nephews.
She was preceded in death by her husband, Carroll; son, Keith;
daughter-in-law, Valarie; and four brothers: Guenther, Vern, Carl and
Norman Carlson.
There will be a memorial service for Marian at 1:00 p.m. on Thursday, December 30, 2021, at
Rushford Lutheran Church in Rushford. Visitation will be one hour
prior to the service at the church.
Burial will take place at the Minnesota State Veterans Cemetery in Preston, MN at a later date.
Hoff Funeral Home in Rushford is assisting the family with arrangements.