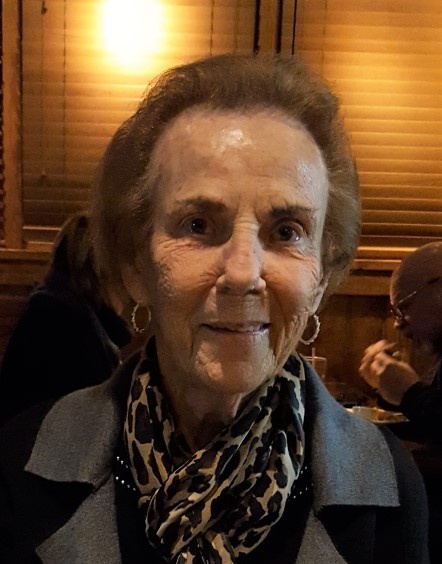 Marcelline Rose Parnow-Fenske passed away on Monday, November 8 at Seasons Hospice in Rochester.
She was born on January 20, 1929 and was raised in Milwaukee, WI. She moved to La Crosse, WI after high school where she married Bernhard (Bernie) Parnow on June 4, 1949. Marce and Bernie moved to Rochester in 1962 and later became co-owners of Southern Minnesota Auto Supply. They enjoyed traveling, camping, and attending MN Viking games as season ticket holders. Bernie passed away in 1983.
Marce married Don Fenske in 1989 and they resided in Dover and St. Charles. They were "winter Texans" for over 20 years until Don died in 2014. Their beloved dog "Cuddles" also preceded her in death.
Marce is survived by her 2 children, Bonnie (Gary) Patzer of Green Valley, AZ and Gary (Nancy) Parnow of Rochester, MN; her grandsons, Jason (Erika) Patzer and their son, Brady of Tampa, FL; Travis Parnow (Megan Schoenecker) of Sandy, OR; and granddaughter, Teresa Schreader and her son, Riley of Rochester, MN; she is also survived by Don's 5 sons, David, Dennis, Darrell, Don JR, and Duane and their families; and her sister, Adele (Ron) Johnson.
A Memorial Service for Marce will be held at 11am on Saturday, November 13, 2021 at the Hoff Funeral Home in St. Charles, MN. Marce will be laid to rest in the Oakwood Cemetery in Rochester, MN. Hoff Funeral Home - St. Charles, is assisting the family with arrangements.