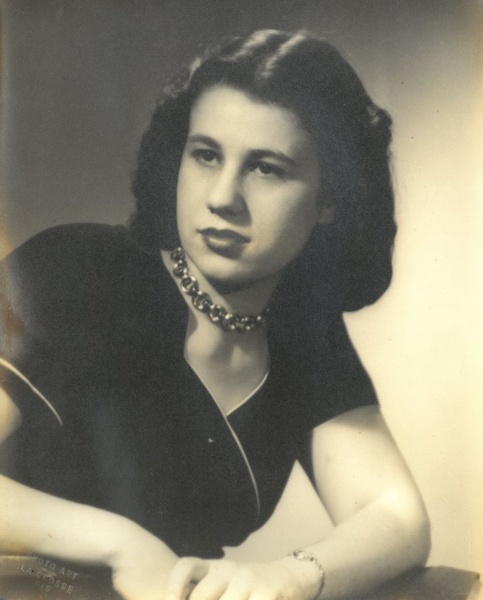 Marcella "Marcy" Louise Karsten (96) left this world to join her beloved "Ed" on April 21, 2021. She was born May 10, 1924, in Mound Prairie, MN to Arthur and Bertha (Truempi) Senn. Marcy was a giving, thoughtful, and selfless person who attributed most of her fortitude and work ethic to her parents and her Swiss heritage. She will always be a matriarch to the family and legacy she leaves behind.

She lived in Bush Valley until she eventually relocated to La Crosse, WI. She met and fell in love with Edwin W. Karsten and the two were married in Nodine, MN. Ed and Marcy built a life together in the La Crosse, WI and Winona, MN area. Marcy and Ed were very active in their church at Central Lutheran in Winona. Marcy held several jobs throughout her life due to her diligence and unbounded attitude. A job of particular note is when she served as a "Radium Girl" for CB Rich and Gateway Glass Co. with her sister-in-law Doris. Marcy and Ed owned and lived in an apartment building in Winona, MN that housed many students and area faculty. She also "retired" while working into her 80th year of life as a "lunch lady" for the Winona Middle School. She made many loving connections and friends throughout all of her adventures. One of her most cherished and rewarding jobs was being a grandmother to 10 grandchildren and 2 great-grandchildren.

She was preceded in death by her husband, Ed; parents; brothers, La Vern and Delbert Senn; sister, Doris Johnson; and niece, Debbie Skadson.

Due to current health restrictions, a celebration of life will be held at a later date. A private interment will occur at Fort Snelling Veteran's Cemetery where she will be rejoined with Ed. In lieu of flowers, donations are preferred to the Fools Five in Lewiston, MN or Central Lutheran Church. Please leave a memory of Marcy and sign her online guestbook at www.hofffuneral.com. Hoff Celebration of Life Center is assisting the family.