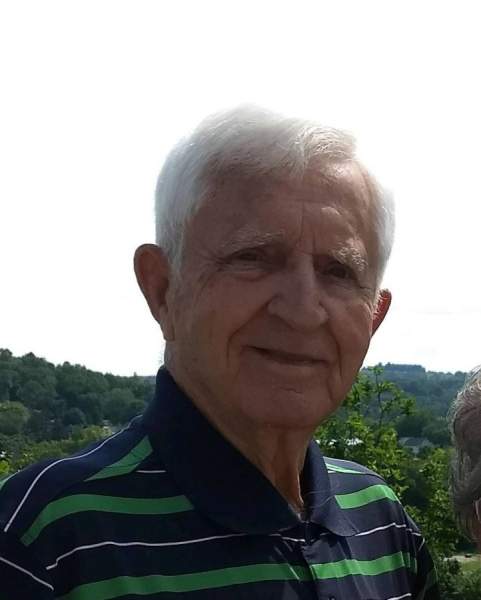 Lyle Robert Jacobson, 87, of Goodview, MN passed away January 6, 2021 at Mayo Health Systems-St. Mary's Campus. Lyle was born on July 8, 1933 to Oscar and Mabel (Brekke) Jacobson in Houston, MN. He attended school in Lanseboro and Joined the Army where he served in Korea from 1950 to 1953 as a Sgt First Class. He married the love of his life, Margaret "Peggy" Maas at St. Mary's Church in Winona on November 20, 1954. They started their family soon after and had eight children, 18 grandchildren, and 15 great-grandchildren.
Lyle was active in many organizations over the years. He served over 17 years as Life Club Director-President, and Vice President at Fountain Lake Treatment Center in Albert Lea and celebrated 39 years of sobriety last October. Lyle raised more than $100,000 for the Adolescent Program at the treatment center over the years and collected it all from local Winona businesses. Their running joke was, if you saw Lyle coming, open your checkbook, though they were all happy to donate. He served 13 years on the board of directors at Westfield Golf Course and received the "Westfield's Finest" award in 1992. Lyle also served 20 years, including two as president, on the Board of Directors for Winona Bowling Association and was a member of the Winona Bowling Hall of Fame. He spent 12 years promoting and fundraising for the WSU Warrior Club. He was also a lifetime member of the VFW and American Legion. In his free time he loved to bowl, golf, and play cards with his buddies. In 2012 he received his biggest honor when he was the first Winonan Korean War Vet to be selected to fly to D.C. on the Honor Flight. He was a big supporter of the Red Cross and donated over 18 gallons of blood through his life until he had to stop for health issues. Lyle was a member of Union Local 49ers for over 50 years.
Lyle is survived by his wife, Peggy; children, Ritch (Vicki) and their son Chris (Stephanie Erickson) Jacobson;, Teresa (Greg) Zaborowski and their children, Melissa (Gary) Shields and Sean (Ashley) Zaborowski; Cathy (Bill) Lanik and her children John (Mackenzie) and Joe (Trisha) Schneider; Carolyn (Steve Kosidowski) Zaborowski and her children Brian Jr and Mitchell (Kassandra Kujak) Zaborowski; Joe (Lisa) and their sons, Ryan (Katie), Josh (Isabella), Brandon (Kelsey Erickson), Joe, and Dylan Jacobson; Mary (Kevin Lundquist) Kosidowski and her children, Conor, Greer, and Sela Kosidowski; daughter-in-law, Kathleen and her daughter Jessica (Blake) Darst; great-grandchildren, Liam, Sunny, Carter, Devin, Brinley, Baelyn, Beckette, Bellamae, Landon, Zachary, Brenden, Ariana, Kylie, Brian III, Connor; brother-in-law, Tom Maas; sisters-in-law, Mary Anne (Rick) Thompson, Marge Jacobson & Lynne Jacobson; best friend, Jim Johnson and many nieces, nephews, cousins and friends. He is preceded in death by his son, Bob; daughter, Mary Margaret; grandsons, Joseph Jacobson Jr. and Travis Jacobson; parents; siblings; Orville, Milton, Donald, Violet, Marjorie, Maxine, and Willard; son-in-law, Brian Zaborowski Sr., and parents-in-law, Lloyd & Ruth Maas.
Due to Covid (Covis as Lyle said) a private family service will be held at 11 a.m., Friday, January 15, 2021. The service will be available to watch online on Lyle's obituary page at hofffuneral.com. Cards may be sent to Hoff Celebration of Life Center, Attn: Jacobson Family, 3480 Service Dr, Winona, MN 55987.


The service will be available to watch online at the following link: https://www.oneroomstreaming.com/view/authorise.php?k=161024035094496