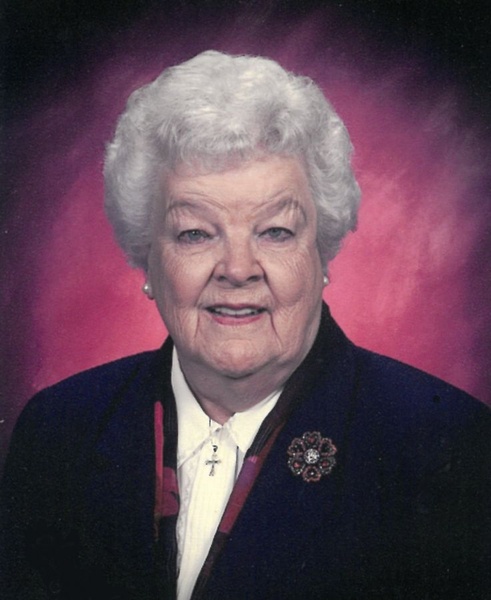 Lyla V. Johnson, 102, of Houston, MN died at Valley View Healthcare and Rehab in Houston, one month and one day before her 103rd birthday.

Lyla Virginia Onstad was born on April 22, 1919, in Spring Grove, MN to Peter and Jorgina (Suldahl) Onstad. She was raised in Blackhammer and was a 1937 graduate of Spring Grove High School. In 1938, Lyla graduated from Winona Teachers College. She started her teaching career at the Yucatan Country School. On January 1, 1942, she married Lloyd A. Johnson. They were married for 48 years and raised seven sons. In 1963, Lyla resumed her teaching career at the Upper Looney Valley Country School. After that school consolidated, she then taught 6th grade in Rushford, MN. During the summers, she resumed her studies, receiving her Bachelors Degree in Education from Winona State University. Following her retirement, Lyla lived in Good Samaritan Village in Kissimmee, FL for many years. She later moved back to Houston. Family was very important to Lyla. She enjoyed holidays with family and attending family reunions. Lyla was a very active member of Looney Valley Lutheran Church and the first woman elected to the church council. She was a devoted mother and a faithful Christian.

Lyla's family would like to thank the staff at Heritage Court and Valley View Healthcare for the excellent care they provided to her. They would also like to thank Trisha and Kate for their loving care.

There will be a funeral service for Lyla at 11:00 a.m. on Saturday, April 2, 2022, at Looney Valley Lutheran Church in rural Houston. Burial will be in the Silver Creek Cemetery in rural Houston. Visitation will be on Friday, April 1, from 5:00 to 7:00 p.m. at Hoff Funeral Home in Houston, and one hour prior to the service on Saturday at the church.

Please leave a memory of Lyla at www.hoffuneral.com.