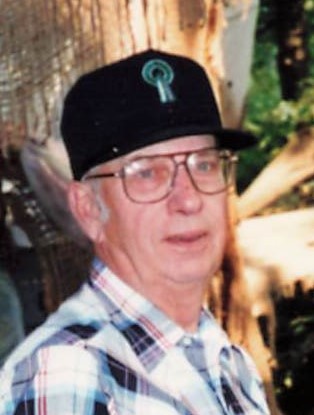 Lowell L. Urban, 92, of Eyota died Friday evening, April 22, 2022, at Olmsted Hospital in Rochester.  Lowell was born August 22, 1929 in rural Eyota to Frank and Katie (Buchan) Urban.  He grew up on the family farm in rural Eyota.  Lowell served in the Army during the Korean War.  He was stationed in England and Okinawa, working on construction of airfields.  Following his discharge from the Army, Lowell and Betty Rehbein were married on August 27, 1953.  They farmed NE of Chatfield.  In addition to farming, Lowell worked for Lakeside Foods in Plainview for many years.   Betty died in 1996.  He moved in to Eyota in 1999.  On March 26, 2001, Lowell and Annette Polzin were married.  They made their home in Eyota until entering Chosen Valley Assisted Living in Chatfield April 1.  Lowell belonged to the Eyota American Legion.  He was proud of being a farmer.  He and Annette enjoyed watching Westerns together.

Services to remember Lowell will be 11 a.m. Thursday, April 28, 2022, at Hoff Funeral and Cremation Service in St. Charles.  Burial will follow at Evergreen Cemetery in Dover.  A visitation will begin at 10 a.m. Thursday at the funeral home.  A reception will follow services.  A live stream of Lowell’s funeral will be available at www.hofffuneral.com.