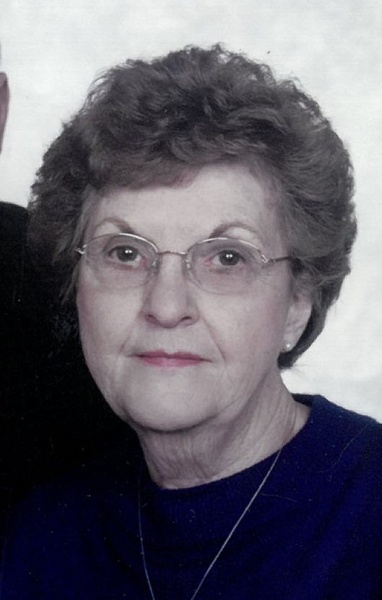 Lorraine Schultz, 87, of Utica, died Sunday, July 17, 2022 at Whitewater Health Services. Lorraine was born February 6, 1935 in Norway Valley in rural Arcadia, WI. She later moved with her family to German Ridge near Stockton. This is where she would ride her bike and caught the attention of Dick while he was cutting hay. As Dick said, “She rode by many times after that!” Lorraine graduated from St. Charles High School.  Lorraine and Richard “Dick” Schultz were married on August 26, 1964. They made their home in Utica where they raised their five children. Once her family was raised, Lorraine worked outside the home. She worked for Camera Art in Lewiston and later became a partner in L&L Insurance in Lewiston.

Lorraine was a spunky lady, who valued her Catholic faith. She was loving and giving to her family and friends. Lorraine loved to dance the polka. She and Dick enjoyed traveling to Florida and California to visit family and friends. In her retirement, she enjoyed her time on the golf course with her grandchildren and friends.  Celebrating family birthdays with cake and ice cream was one of her greatest joys. Lorraine was a member of St. Charles Borromeo Catholic Church.

A Funeral mass will be 12 p.m. Thursday, July 21, 2022 at St. Charles Borromeo Catholic Church with the Reverend Tim Biren officiating. Burial will be in Mecklenburg Cemetery in rural Stockton. A visitation will be at the church on Thursday from 10 a.m. until time of services. Hoff Funeral Service of St. Charles is assisting the family with arrangements. www.hofffuneral.com.