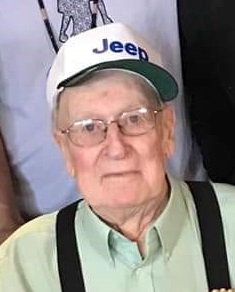 Logan Pagel, 90 of St. Charles, died Monday, July 1, 2019 at St. Charles Assisted Living.
Logan was born February 19, 1929 in Rochester to Julius and Selma (Zimmerman) Pagel. He graduated from St. Charles High School. On June 12, 1952, Logan married Marilyn Radke. He served in the United States Army from 1954-1956, stationed in Germany. After returning to the states, Logan and Marilyn farmed side by side from 1956-1990. In 1969, he began driving bus for the St. Charles School District for a total of 47 years.
He enjoyed traveling, camping, horseback riding, snowmobiling and jeep riding.
Logan is survived by two daughters, Patrisha Pagel of Winona and Michelle Pagel of Onamia, MN; four grandsons, Dustin (Jennifer) Pagel, Josh Pagel, Andrew Kochen and Ross Pagel; and 4 great-grandchildren, Rosalynn & Julianne Pagel and Dionysus and Apollo Pagel.
He was preceded in death by his parents; wife, Marilyn; and a great-grandson, Adonis Pagel.
Funeral Service will be 11 a.m., Tuesday, July 9, 2019 at Hoff Funeral & Cremation Service. Military Honors will follow. Visitation will be 4-7 p.m., Monday and one hour prior to the service, all at the funeral home. Hoff Funeral & Cremation Service - St. Charles is assisting the family with arrangements.