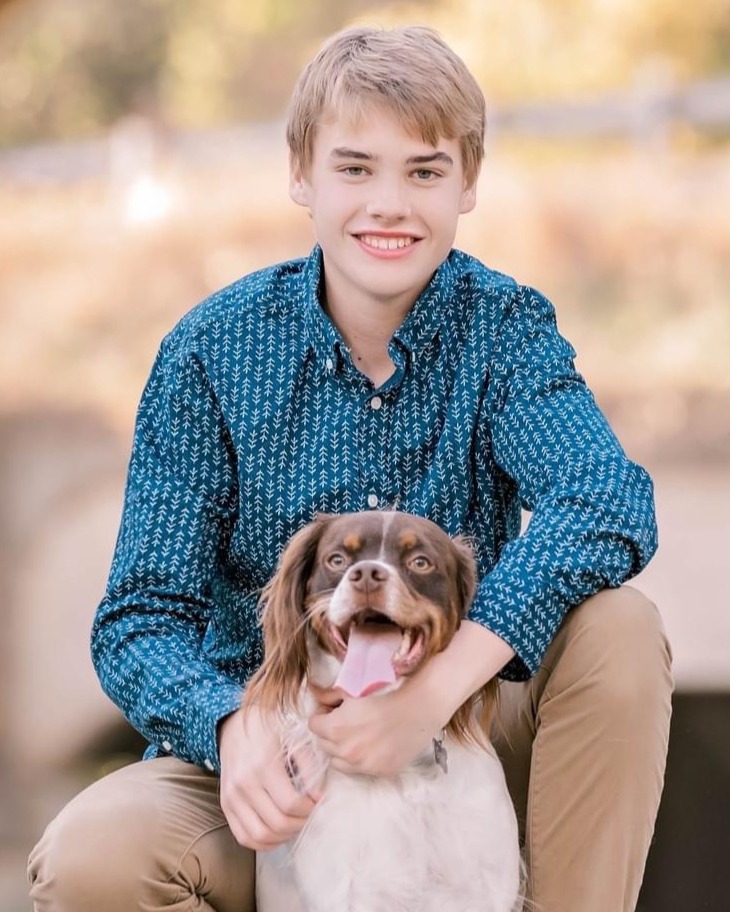 Logan Edward Monk, age 17, passed away on Thursday, January 19 at Gundersen Health System of La Crosse due to injuries sustained in a motor vehicle accident. Logan was born on May 17, 2005 in Winona, the son of Robert Monk and Andrea (Huntbatch) Gierok.

Logan will always be remembered for his 'goofball' sense of humor and wit as well as his focus and dedication to whatever he set his mind to; he was an irreplaceable member of the Winona Winhawk Soccer Team, Swim & Dive Team, and Tennis Squad as well as the Winona Marching and Concert Band. His dedication to sports started at a very early age when he took part in the Winona YMCA Youth Soccer and Baseball programs. His teammates became especially familiar with his physical and mental toughness when he fractured his left wrist during a senior year soccer match only to play through the injury, hide it from his mom, and show up for practice the next day as if nothing was wrong.  Logan cherished any moment when he could do something outdoors, specifically when he could enjoy any time on the water fishing. He was elated to spend summertime in Alaska as well as his lifetime experiences swimming with turtles in Hawaii and dolphins in the Bahamas. Logan was also known to have a love for sneakers, going as far as getting one of his first jobs at Rogan's Shoes for a convenient discount on his many, many pairs of HeyDudes (among others).

Logan made the decision to be a donor when he received his driver's license almost two years ago; his decision has enabled his doctors and surgeons to find compatible recipients for many of his organs, leading to a number of hopeful and successful transplants to those who were in need of them. Logan's family would like to extend a 'thank you' to the Gundersen Health Critical Care Unit (CCU) as well as the University of Wisconsin - Madison Transplant Team for their professional care of Logan.

A Celebration of Logan's Life will be held at 12:00 NOON on Saturday, January 28 at the Winona Senior High School Gymnasium, 901 Gilmore Ave., Winona. Visitation will be held from 4:00 to 8:00 PM on Friday, January 27 at the Hoff Celebration of Life Center in Goodview as well as one hour prior to the Celebration on Saturday from 11:00 AM to 12:00 Noon at the High School. Logan's Family has requested and encouraged all in attendance to wear their Winona Winhawk apparel, Miami Dolphins colors or your favorite sports team and gear, if possible.

IN LIEU OF FLOWERS, memorials can be made to the Foundation for Winona Area Public Schools (WAPS) in memory of Logan Monk.