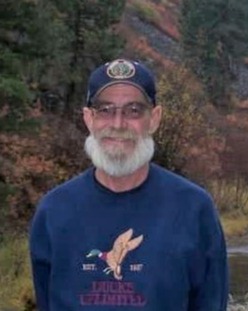 Lindsey Allen Posey, age 68 of Rollingstone, died at his home on November 24, 2022. We think that he somehow purposely chose Thanksgiving to exit life on Earth because his family was making fun of the outrageously large tub of Cool Whip he purchased for Thanksgiving dinner. The joke is on us. We emotionally ate a lot of pumpkin pie and the Cool Whip is gone. Lindsey had a fantastic sense of humor.

Lindsey was born on December 3, 1953 in Twin Falls, Idaho to Jesse and Patricia (Modlin) Posey. Idaho was one of Lindsey’s first loves. He skied, hunted, fished the Snake River and spoke frequently and highly of his fellow Idahoans.  It was here that he learned to answer the phone with an Idahoan “yellow” and to command his kids to “warsh” their hands. It was never not funny. He handled the constant teasing well because he was more than proud of his roots.

After being drafted, Lindsey would travel far from the Gem state to serve his country in the Vietnam War.  During this period of his life, he sacrificed more than most can understand. His family was extremely proud and grateful for his service.

In January of 1975, Debra Wise borrowed her friend, Mark, a television. Because televisions in 1975 had a little weight to them, Mark brought Lindsey (and all his muscle power) to help. Six months later, on July 27, 1975 Lindsey married his soulmate Debra (Wise) Posey. They had three of the most amazing children, Kelly, Molly and Michael. It should be noted that Debra’s canonization for sainthood is probably in the works as you read this.

In January of 1980, Lindsey and Debra moved with their three angels to Minnesota. Adaptation to Minnesota wouldn’t have taken as long as it did if his father-in-law hadn’t taken him ice fishing for the first time in -60 degree temperatures. After he thawed out, he saw the beauty in Minnesota. He fished (in all temperatures), hunted, fell in love with the bluffs (don’t dare call them mountains-he would have judged you for that) coached his son’s Little League team (GO ROX!), grew a bountiful garden, “helped” with science fair projects and attended every play, band concert, parade and game that his kids participated in. He worked incredibly hard as a self-taught CNC Programmer and then as a sales manager for Thern Incorporated of Winona until he retired.

Lindsey was the most supportive and proud father, grandfather and father-in-law. His loved ones never questioned the pride, love and devotion he had for them. Lindsey will remain in the hearts of his wife, Debra; children, Kelly (Tim) Allington, Molly Posey, Michael (Lindsey Reed) Posey; grandchildren Damien, Connor, Jackson, Claire, Ben, Ryan, Thomas and Jase; his siblings Becky (Rod) Reeves, Vicki (Rod) Malone and many nieces and nephews. He was preceded in death by his parents, Jesse and Patricia Posey.

A celebration of life will be held on December 3, 2022 at the American Legion (302 East Sarnia, Winona, MN) from 12:00-2:00pm. The honor guard will perform military rights at 12:30. Hoff Celebration of Life Center of Goodview, is assisting the family. www.hofffuneral.com.