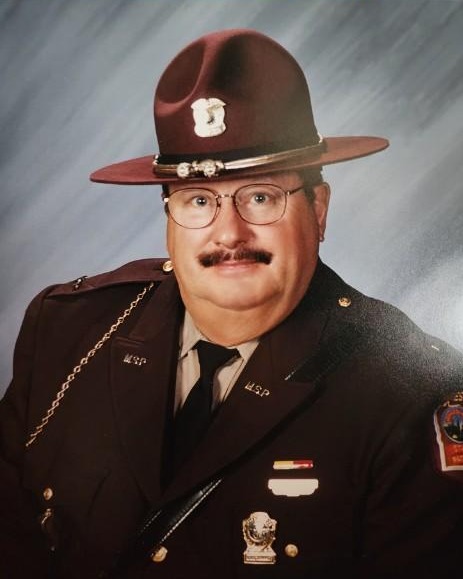 Leslie Ward Ladewig was born on September 29, 1946, in Winona, MN to Lester and Gladys (Lewis) Ladewig.

Les was raised in Lewiston, MN area and was a 1964 graduate of Lewiston High School. On June 29, 1967, Les was united in marriage with Juanita Volkman at Rushford Lutheran Church. He graduated from the MN State Patrol school in 1970. He also completed training as a Detroit Diesel Mechanic while in patrol school. Les and Juanita lived in Lakeville, MN when he started his 33-year career with the Minnesota State Highway Patrol from which he retired in 2003. They moved to Rushford in the early 1970s. He also owned and operated Ladewig Transportation from 1984 to 1991. Les served on the Rushford and Rushford-Peterson School Boards in the late 1980s and early 1990s. Les enjoyed following his grandchildren in all of their sporting events and school activities, though he wasn't quite as loud as his wife! Les also had a great love for Oliver tractors. He served on the Rushford City Council from 2004 to 2006 and was the mayor of Rushford from 2006 thru 2009. While mayor, the 2007 Rushford flood occurred. As mayor, Les led his community through the difficult time of the flood with the grace and determination of a true servant leader. Les's calm confidence helped the community of Rushford know that they would get through this together, and that in time, everything would get back to normal. He also served on the Fillmore County Historical Society Board for many years.

He was preceded in death by his wife, Juanita; parents, Lester and Gladys; and in-laws: Richard and Shirley Anderson, and Lenny Volkman.

There will be a funeral service for Les at 1:00 P.M. on Friday, January 6, 2023, at Rushford Lutheran Church. Visitation will be from 4:00 to 8:00 P.M. on Thursday, January 5, at Hoff Funeral Home in Rushford, and one hour prior to the service on Friday at the church. The funeral service will be live streamed and can be viewed after the funeral on the Rushford Lutheran Church You Tube page.

Burial will be at the Rushford Lutheran Cemetery following the service.

Please leave a memory of Les and sign his online guestbook at www.hofffuneral.com