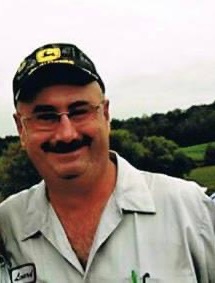 Leornard was born on September 2, 1969 in La Crosse, Wisconsin to LeRoy and Karen (Kramer) Korpal. He worked for Kronebusch Waste Haulers and was involved in the Lions Club

A gathering of family and friends will be held on Tuesday, April 5 from 12 - 2pm, with a brief service at 1:30pm, at the Hoff Funeral Home, 519 St. Martin Ave, St. Charles, MN. Leonard will be laid to rest at the St. Stanislaus Cemetery in Arcadia, Wisconsin. Hoff Funeral Home - St. Charles, is assisting the family with arrangements.