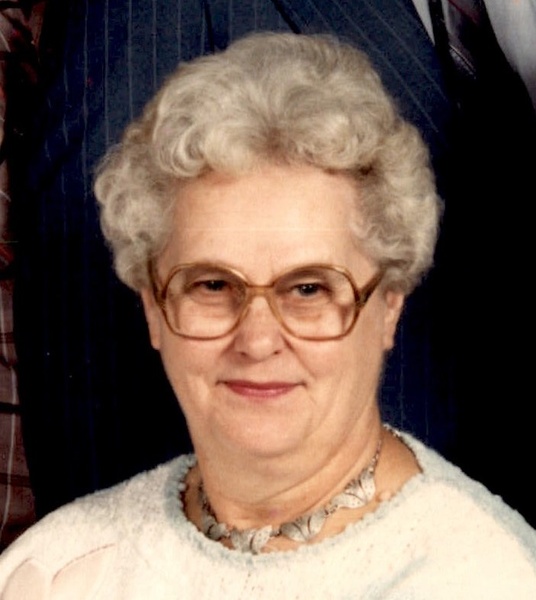 Leona Marie (Tucker) West was born July 17, 1931 to Nettie and U.B. Tucker and spent most of her childhood near Chatfield, graduating from Eyota High. She was the youngest of eight children and enjoyed life on the farm.

She married Wayne West at the Little Brown Church in Iowa and they were married for over 60 years until his passing in 2012. The family grew and moved frequently following Wayne's construction jobs before getting the chance to own a farm of their own near Fremont and returning to farming for the rest of their lives. Wayne and Leona were partners in the farm work and raising kids, starting slowly and sacrificing for more land and buildings to grow their operation. They went on to earn the Winona County Conservation Farmers of the year and took pride in their crops and cattle, not to mention their flowers and garden. Leona worked several years for Semcac, in Winona and Rushford, and for the Rural Education and Resource Center in St. Charles.

Leona was generous with her time through 4-H activities, the Winona County Fair, Circle Homemakers, the Presbyterian Church and always quick to help a friend. Most of all, she was generous with her gifts in the kitchen. A wonderful cook and baker, Leona never let anyone leave her house without a meal or a treat. Leona and Wayne had been recognized as King and Queen of the Winona County Fair.

Leona's pride and joy were her children, grandchildren and great-grandchildren, watching them grow, helping them learn and instilling work ethic and values. Leona was fast with a hug or a wooden spoon, depending on what the situation called for and worked tirelessly to provide for her family.

Leona is preceded to heaven by Wayne and survived by sons Rocky (Robyn), Wally (Rose), Lee (Nancy), daughter Janet (late Dean) Pagel and son Tom (Shari). Leona had 10 grandchildren and 8 great-grandchildren. She is survived by a sister Eva Bernard, and sister-in-law, Donna Tucker. She was preceded in death by four brothers and two sisters.
Funeral Services will be 11 a.m. Friday, February 5, 2021 at Hoff Funeral Service in Rushford. A visitation will be Thursday, February 4th 4-6 p.m. and Friday one hour before services, at the funeral home. Burial will follow services in Fremont Scotch Cemetery.
Please share a memory of Leona and view her video tribute, when it becomes available, at www.hofffuneral.com.