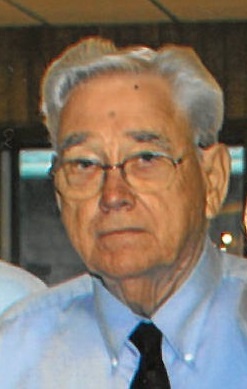 Lemont Owen Brenno, 88 of Minnesota City, died Thursday, December 2, 2021 at his home.
Lemont was born November 16, 1933 in Hesper, IA to Owen Lemont and Tilla Idella (Ramlow) Brenno. He graduated from Spring Grove High School. On August 29, 1955 he married LADonna Ellen Henderson in La Cruces, NM. Lemont served in the United States Army from 1953 - 1973, in both the Korean Conflict and the Vietnam War. He retired at the rank of Sergeant Major. He began working for the Ashland Oil Refinery in St. Paul Park where he attained his Boilers license. After moving to Winona, Lemont worked for Watkins as a Boiler Engineer for 20 years until retirement.
He was a member of the VFW and American Legion. Lemont was also a long time member of the Winona Masonic Lodge where he served as Grand Master. He was a member of Central Lutheran Church.
Lemont enjoyed working, following the stock market, going for walks and taking care of his lawn. His family was always of the most importance and he treasured time with them.
He is survived by his wife, LADonna; four children, Dixie (John) Shea of MN City, Barbara Ann (Jerry) Kujak of MN City, Sherry (Jeff) Bogenholm of White Bear Lake and Monty (Michelle) Brenno of Chisago City; 10 grandchildren, Mindy, Jenny, Jody, Michelle, Christina, Dan, Bethany, Matthew, Holly & Andi; seven great-grandchildren; 2 nieces and 1 nephew.
He was preceded in death by his daughter, Roxanne; parents; sister, Marilyn and brothers, Duane & Jimmy.
Memorial Service will be 11 a.m., Wednesday, December 8, 2021 at Hoff Celebration of Life Center - Goodview with the Reverend Michael Short officiating. Visitation will be 10 a.m., until the time of the service. He will be laid to rest at Fort Snelling National Cemetery. Memorials are preferred to the Gundersen Cardiac Clinic or Cancer Center.
Hoff Celebration of Life Center - Goodview. www.hofffuneral.com