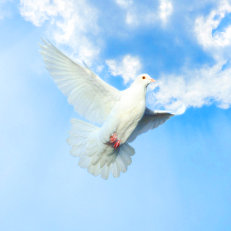 HOUSTON, MN - Lela J. Blagsvedt, 90, of Houston, MN died on Wednesday, February 26, 2020, at Mayo Clinic Health System, Franciscan Healthcare in La Crosse, WI.
Lela June (Comstock) Blagsvedt was born on June 1, 1929, in Dowling SD to John and Nettie (Westby) Comstock. Her family moved to Sheldon, MN in 1935. Lela attended grade school in Sheldon for 8 years. She graduated from Houston High School in 1947. Lela married Arthur Jannsen on January 21, 1951. They later divorced. She married Carroll Blagsvedt on April 28, 1979. Lela was a self employed painter for many years before going to work for Ace Telephone as a grounds keeper and building maintenance worker. She retired from Ace in 1992, after 18 years of employment. Lela loved her flowers and house plants and doing needlework. She was always willing to lend a helping hand to her friends and family, who will all greatly miss her.
Lela is survived by her husband, Carroll; two sons: Robert Jannsen of Caledonia, MN and Jeffrey (Janet) Jannsen of Waukon, IA; grandchildren: Jamie (Angie) Jannsen of Stewartville, MN, Jennifer (Ryan) Hennessy and Jacob (Morgan) Jannsen both of Waukon, IA; nine great grandchildren: Allison, Luke, Eli, Charlie, Judah, Carter, Cole, Caleb, and Carson; and a sister-in-law, Marlys Comstock of Houston.
She was preceded in death by her parents and three brothers: Neil, Dale and Merle Comstock.
Private family services have been scheduled.
Hoff Funeral and Cremation Service in Houston is assisting the family with arrangements.