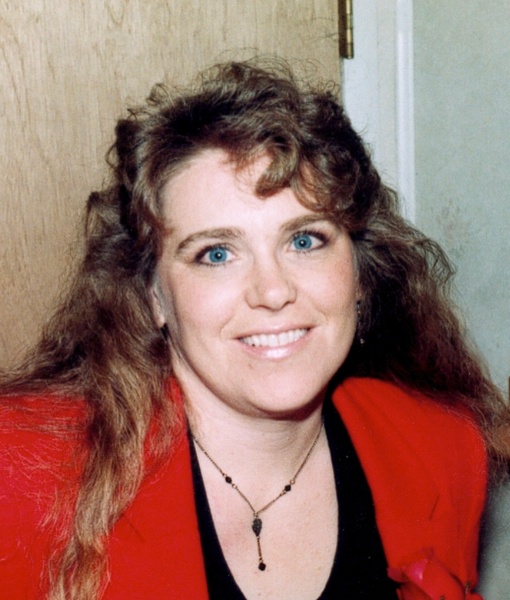 LeeAnn Dell Tufte, 59, of Oskaloosa, Kansas passed away January 14, 2022, at Lawrence Memorial Hospital, Lawrence Kansas.
Surrounded by her family she passed in peace. She and her husband Steve bravely fought her cancer for three years between the Mayo Clinic and Kansas medical facilities. Eventually succumbing to it, she left to be with our Savior Jesus Christ, where there is no pain, only joy.
"And God shall wipe away all tears from their eyes; and there shall be no more death, neither sorrow, nor crying, neither shall there be any more pain..." Revelation 21:4. Thank you, Father.
LeeAnn was born September 19, 1962 to Leonard and Beverly Volkman. Raised in Rushford Minnesota, she's a 1980 graduate of Rushford High School. She married Steve in 1982, shortly thereafter she coached the girls junior varsity basketball team for two years, later when they moved to Chatfield she also coached their girls JV basketball team until she joined the 79th MP Co. Army Reserve in Rochester.
She was a legal secretary at the Rochester Federal Medical Center at that time and in 1990 the 79th MP Co. was called to duty in Iraq for Desert Storm, she served and returned in 1991 from the war. Her duties in the Army Reserve also took her to Panama, Venezuela, Guatemala and Japan.
The family moved to Oskaloosa, Kansas in 1997, she transferred to the Kansas City Federal Bureau of Prisons as a paralegal for FOIA.
She joined the Fort Riley, Kansas Army reserve as an Army MP Investigator and continued to serve there for three years.
She was contracted by the Secret Service as a security officer for the 2002 Winter Olympics in Utah.
LeeAnn loved basketball and was the Oskaloosa girls varsity basketball coach and junior varsity volleyball coach for 10 years in the 2000's (During this time she worked at Fort Leavenworth as a paralegal supervisor).
She retired from the Bureau of Prisons in 2015 and became the bookkeeper for the family businesses.
LeeAnn also joined the Kansas Search and Rescue (KSAR) team with her dog Paco, she loved training and working with him.
She enjoyed horseback riding with her friends and Allie Kingsley, they rode in many parades with her horses Starman and Chrissy.
She tirelessly helped Steve and her sons David and Garret in their businesses as long as she physically could, she's irreplaceable.
Mourning the loss of LeeAnn are her husband of 39 years, Steve; her son David and wife Jennifer, granddaughters Reyna and Rowan and grandson Burke; son Garret; Stepmother Pat Volkman; brother Lowell Volkman (Alecia) and their four children, Amber Hubbard (Terry); Leigh Volkman (Kayla); Tiffany Schollmeier (Carl); Bridgette;
Sister Mandy Fenske (Kevin) and their two children Owen and Abby; Stepbrothers and stepsisters Tony, Kelly, Kari and Sean (deceased) Hanson; and 9 great nieces and nephews.
She was preceded in death by her father Leonard Volkman and mother Beverly Hanson.
There will be a funeral service for LeeAnn at 11:00 am on Friday, January 21, 2022, at Rushford Lutheran Church with Reverend Steve Chellew officiating. Burial will take place at Rushford Lutheran Cemetery. Visitation will be from 4:30 to 7:00 p.m. on Thursday at Rushford Lutheran Church and one hour prior to the service on Friday also at the church.
Please leave a memory of LeeAnn and sign her online guestbook at www.hofffuneral.com