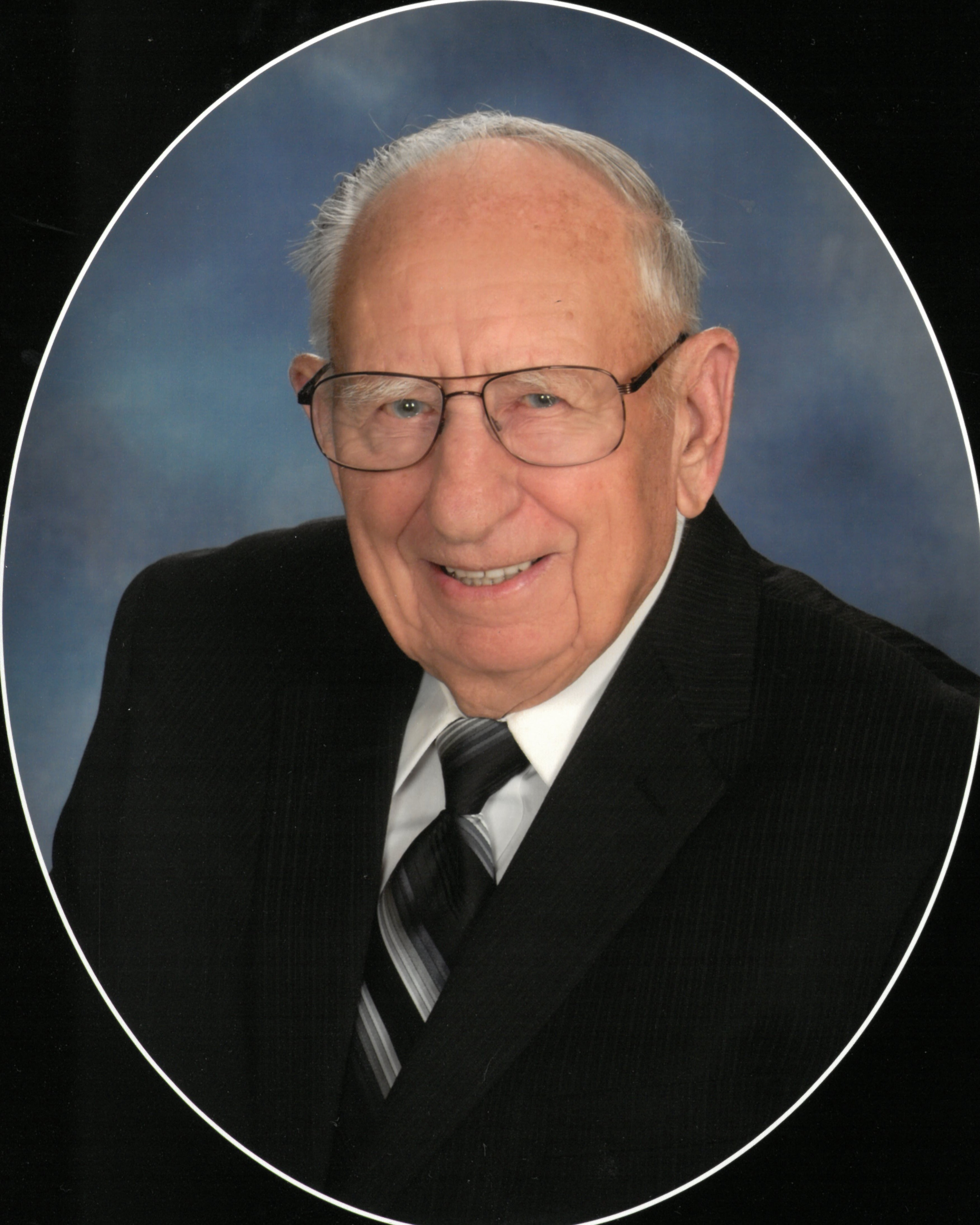 Laverne was 1 of 9 children who grew up on the family farm on the Canada Ridge in rural Fountain City, WI. He attended Schoepp Valley School until the 8th grade. On October 24, 1946, he married Orphie Lavina Koehler at St. Michaels Evangelical Lutheran Church in Fountain City, WI. Laverne and Orphie traveled often. Sometimes getting lost and sometimes arriving at tractor shows. Laverne worked at Herff Jones in Lewiston for many years until retiring and moving to Arcadia to be closer to his family.

He enjoyed putting puzzles together, steam engines, woodworking, and crafting hot pads. In his younger years he loved 4-wheeling with his family at Black River State Forest. Laverne was a very social man who loved having his 3:30 p.m. beer with the boys at the Care Center. He made sure that he had regular deliveries of Pepsi and Twinkies!

He is preceded in death by his parents; wife, Orphie; grandson, Carl Putz; step-grandson Eric Pronschinske; and all his siblings, Johnny, Harry Sr., Raymond, Elmer, Wilmer, Herman, Elsie, and Esther.

The funeral will be on Saturday, December 17, 2022, at 11 a.m. at Bethel Lutheran Church in Arcadia, WI. The visitation will begin prior to the funeral service starting at 9:30 a.m.