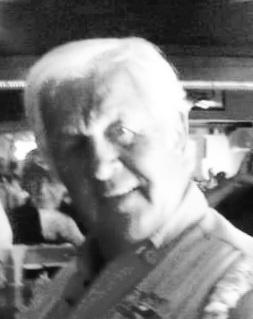 Larry Paul Palmby, 82 of Dover, died Tuesday, March 29, 2022 after a short battle with cancer.
Larry was born September 7, 1939 in Dover to William and Genevieve (La Barge) Palmby. He graduated from St. Charles High School in 1957. Larry served in the United States Army and Army Reserves 354th from 1957-1962 with the military police. Larry married Bonnie Tibesar. They had four children, Paul, Tony, Jim & Deb and later divorced. On March 8, 1999, he married Juanita Semmen and they enjoyed 23 wonderful years together.
Larry spent most of his life on the family farm north of Dover. Farming was in his blood and he was still much a part of it even in his retirement. He and Juanita wintered for many years in Arizona where they made many lifelong friends. But they would never head south before harvest was finished and they were always back home before planting began. Larry also enjoyed riding Harley, NASCAR, traveling and any social gathering. He could make friends anywhere he went and never met a stranger.
Larry was a member of the St. Charles Moose Lodge, the Eyota & Lanesboro American Legions and the Apache Junction, AZ Eagles Club and VFW Auxiliary.
He is survived by his wife, Juanita; children, Paul (Barb) of Janesville, WI, Tony (Angela) of Dublin, OH, Jim (Mandy) of Dover and Deb Palmby of Rochester and Pete (Christin) Semmen; grandchildren, Charles, Jesse (Meghan), Taylor, Cole, Russ, Mariah & Miranda Palmby, Matthew Hoff, Brianna Semmen and Brooklin Podolske; five great-grandchildren with one more on the way; two sisters, Mary (Don) Clemens of Eyota and Elaine Rysted of Stewartville and many nieces and nephews.
He was preceded in death by his parents and brothers, Bob, Bill, Tom and Ronal "Preacher".
A visitation will be 4-6 p.m., Thursday, April 7, 2022, at Hoff Funeral & Cremation Service - St. Charles. A celebration of his life will continue immediately following the visitation, beginning at 6 p.m. at the St. Charles Moose Lodge. He will be laid to rest in a private family ceremony at the Minnesota State Veterans Cemetery -Preston. In lieu of flowers, memorials are preferred. Hoff Funeral & Cremation Service - St. Charles is assisting the family with arrangements. www.hofffuneral.com.