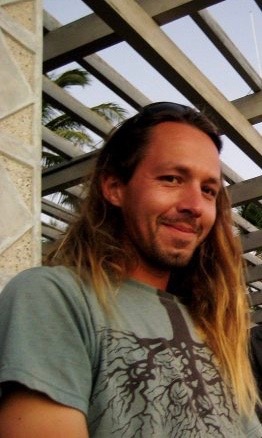 Kurt Clark Sorem, 39, formerly of Winona, died December 18, 2019. He didn't share details with many people as he hated to be fussed over or worry anyone. Despite some very tough, physically painful and debilitating days in recent months, he bravely maintained his generous spirit. Kurt never hesitated to offer a smile or a shoulder to lean on for anyone who needed him.

Kurt was born March 5, 1980 and raised in Winona Minnesota, the beloved son of Eldon and Phyllis Sorem, alongside his brother Justin who would forever be his best friend. Kurt graduated from Cotter High School in 1998. He was a key player on many local soccer teams and was the "social director" for the St. Mary's University Soccer team his freshman year when an injury kept him from playing. He traveled the world and attended many great international soccer games. Kurt always enjoyed different cultures and meeting new friends.

Eventually, Kurt made his way to Hawaii where he lived on the Big Island and Oahu. He flourished in a solar energy career, working as an expert in the solar business. He was well respected for his team spirit and hard work ethic, always getting things done with positivity and enthusiasm.

He will be forever missed by his parents, Eldon & Phyllis; brother, Justin and many extended family and close friends. He was preceded in death by his grandparents.

A Celebration of his life will be 6 p.m., Friday, January 3, 2020 at Hoff Celebration of Life Center - Goodview led by Funeral Celebrant Jodi Heim. Visitation will be 4 p.m., until the time of the service.
Please share a memory of Kurt, sign his online guestbook and view his video tribute when it becomes available at www.hofffuneral.com.