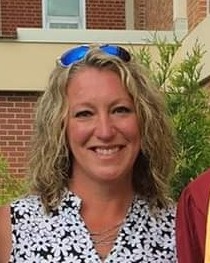 Kristen Marie Schroeder was born on July 1st, 1970 at Zumbrota Hospital to Melvin and Janet Schroeder. She attended Pine Island Schools where she was active in volleyball, basketball, and softball. After graduation, she attended Mankato State University, and later at the University of Minnesota Duluth where she graduated with a degree in Criminal Justice.

In May of 2018, Kristen married Thomas Mueller and moved to Utica, MN. She enjoyed her flower gardens, cooking, and raising puppies.

Kristen was employed for many years as a secretary for the Pine Island Schools, and for some of that time, she was the head volleyball coach and assistant girls basketball coach. She later worked at the Mayo Clinic.

She was preceded in death by her father, Melvin Schroeder and her stepfather, James Johnston.

There will be a service at Hoff Funeral Service in St. Charles on Tuesday, March 10th at 1:00pm with a visitation following until 3:00pm.