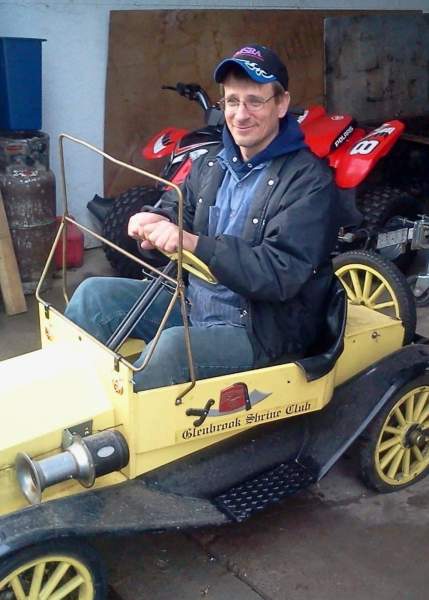 Kevin was born January 1, 1974 in Winona to Dennis and Gloria (Pankake) Hohmann.  He graduated from Cochrane-Fountain City High School in 1993.  On February 14, 2013, he met Jaci Gabel and his life was forever changed.  They were able to enjoy these last 10 years together.  He treasured time spent with his family, especially his two sons, Zack and Alex.

Kevin enjoyed welding and was always building or fixing something, especially for other people.  He also loved animals.  But his favorite past time was classic cars, especially his 1972 Ford F-100 Explorer.  He drove it to every car show he could and won several trophies for it.

He is survived by his parents, Dennis and Gloria; sons, Zack Liebsch (Elizabeth Schamber) and Alex Liebsch; his best friend and partner in life, Jaci Gabel; Jaci’s daughter, Madisyn Remlinger and her son, Evander; as well as many aunts, uncles and cousins.

He was preceded in death by his grandparents.

A gathering of family and friends will take place from 3-6 p.m., Thursday, September 15, 2022 at Hoff Celebration of Life Center – Goodview.  All are encouraged to drive their classic car to the gathering and then join in on One Last Ride for Kevin at 6 p.m.

Hoff Celebration of Life Center – Goodview is assisting the family with arrangements.  www.hofffuneral.com

Following the visitation, anyone that wishes is welcome to join in on One Last Classic Car ride for Kevin. Leaving from the funeral home parking lot.