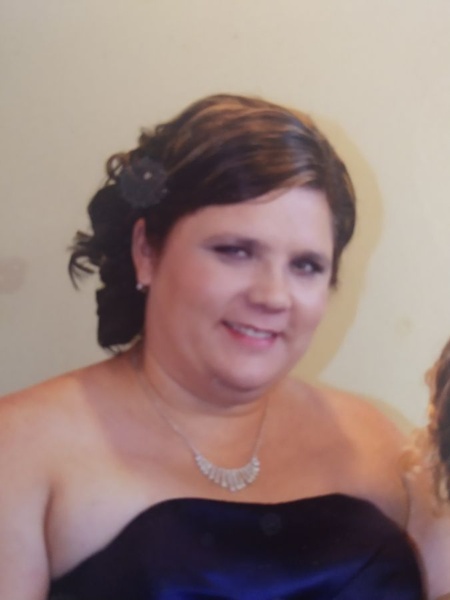 Keri Lynn Wahlund, 41, of Kasson died Monday, October 5, 2020 at her home, unexpectantly. Keri was born August 8, 1979 in Winona to Ken and Karin (Andring) Peterson. She graduated from Lewiston-Altura High School in 1997, where she was active in golf, cheered for wrestling and was proud of being the first girl to play football for the Lewiston junior high team. Keri also enjoyed hunting with her dad, father in law, husband and playing softball. After high school Keri studied computer science at Alexandria Technical College where she met Chaun Wahlund. Keri and Chaun were married June 17, 2000 in Lewiston. They made their home in Alexandria for a short time. Later moving to Fargo. In 2006 they moved to Arizona, before returning to Minnesota in 2016, making their home in Kasson. Keri worked for Mayo Clinic as a Project Manager in IT. She was currently enrolled at South New Hampshire University's, working towards a degree in project management.
Keri is survived by her husband, Chaun, a daughter, Candyce, her parents, Ken and Karin Peterson of Lewiston, a sister Krista (Ryan) Jansen of St. Charles, father-in-law Keith Wahlund of Fargo, ND, mother-in-law Vicki Evenson of Sun City West, AZ, brothers-in-law, Corey and Collin Wahlund, a sister-in-law, Dena Kim and many nieces and nephews.
She is preseded in death by unborn son Jordan, grandparents Cyril and Evelyn Andring, grandparents Allen and Donna Peterson, grandmother Eloise Peterson Tjernagel, grandparents Norman and LaVonne Wahlund, step father in law Eugene Evenson.
A Visitation will be Friday from 4-7 p.m. at Hoff Funeral Service in St. Charles. A private family time of remembrance will follow, led by funeral celebrant, Dianne Rislow. Due to current restrictions, face masks are required and social distancing will be observed. Please share a memory of Keri at her online guestbook and view her video tribute when available at www.hofffuneral.com.