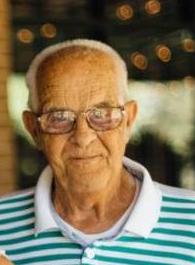 RUSHFORD, MN - Kenneth "Kenny" W. Heiden, 82, of Rushford, MN died on Sunday, October 13, 2019, at his home.
Kenny was born on September 1, 1937, in Money Creek, MN to Elmer and Lavina (Todd) Heiden. He was raised in Money Creek. Kenny was united in marriage with Lauraine Magnuson on February 4, 1956. He served in the U.S. National Guard for six years. Kenny worked for most of his career as a truck driver for many area companies. He also farmed for several years. He made a lot of memories over the years, teaching his children many skills, like riding bike and doing cartwheels. He enjoyed polka dancing, Red Lobster, and his wife's cooking. He could make friends with anyone.
He is survived by his wife, Lauraine; seven children: Kenny Heiden, Tammy (John) Wehrs, Melanie (Chad) Brandenburg, Holly (Rocky) Brand, Debra (Mike) Thompson, Brenda Rohde, and Lorelei (Brent) Bunke; 18 grandchildren; 35 great-grandchildren; 1 great great grandchild, two sisters in law and a brother-in-law.
He was preceded in death by his parents and a brother, Hollis Heiden.
There will be military honors for Kenny at Hoff Funeral Home in Rushford, MN at 2:00 p.m. on Sunday, October 20, 2019. Visitation will immediately follow from 2:00 to 5:00 p.m. followed by a private family memorial service, all at the funeral home in Rushford.
Please leave a memory of Kenny and sign his online guestbook at www.hofffuneral.com
To order memorial trees or send flowers to the family in memory of Kenneth W. Heiden, please visit our flower store.