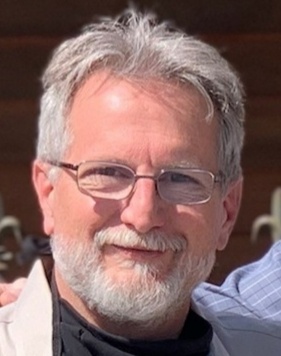 Kenneth (Ken) Joel McGuire
With deepest sorrow, we announce that Ken McGuire, age 62, son, brother, uncle, family member and friend died on Monday, July 19th doing what he absolutely loved...riding his Harley with a friend.
Those who knew Ken, will miss his gift of conversation, positive attitude, kindness, humor, stories, and uncanny ability to make connections with everyone he met. Ken loved a waiting line just so that he could meet someone and get to know their story.
Ken enjoyed so many adventures in life, learned many lessons along the way and always met new friends in the multiple places he lived and worked. Mountain climbing, kayaking, sailing, camping and motorcycle riding were some of his favorite activities. He worked in appliance repair, as an electrician, building aircraft, semi-trucks, and settled in as a conductor and train engineer for many years with BNSF. He loved the wildlife and scenery from the engine of a train.
One of Ken's greatest accomplishments was more than 20 years of "one day at a time" through the support of AA. Ken had many strong mentors and was a mentor to many others participating in the program. Everyone in the program was his extended family.
Ken was born in Rochester, Minnesota. He was part of a very large extended family including 16 aunts and Uncles and 100 plus first cousins. He thought the world of all of them and is again entertaining those that passed before him. Brenda and Ken's favorite pets were their dog Riley and cat Missy.
Ken especially adored his twelve nieces and nephews and seven (about to be 8) great nieces and nephews. Ken was a very special uncle to all of them!
Ken, tragically lost his wife of more than 15 years Brenda (Stubby) McGuire only 9 months ago and was also preceded in death by his niece Kristen. He is survived by his parents Charles and Barbara McGuire, Brothers Mark (Janelle) McGuire and Kevin (Phoelisa) McGuire; sisters Mary (Steve) Tyrrel and Kathy (Brent) Graham, Father-in-law Donovan Stubby and brother-in-law Bryan (Kristi) Stubby.
Recently in an e-mail conversation with Mary he gave direction for his visitation ceremony! "OK, just prop me up beside the Juke Box and have a couple cold ones. A little bit of Clint Black and some George Straight music will be fine!"
Services for Ken will be as follows:
Petersen Funeral home, Newton, Kansas Sunday July 25th at 3:00pm. Rosary followed by a prayer service and sharing memories of Ken.
Thursday July 29th at 11:00 am. St. Charles Borromeo Church, St. Charles, Minnesota. Funeral Mass followed by burial in Calvary Cemetery. Hoff Funeral Service of St. Charles is assisting Ken's family with local services. www.hofffuneral.com

In Lieu of flowers the family requests memorial donations to AA, St. Mary's church in Newton or to a charity of the donor's choice. For live stream viewing of Ken's Mass go to www.redeemersaints.org