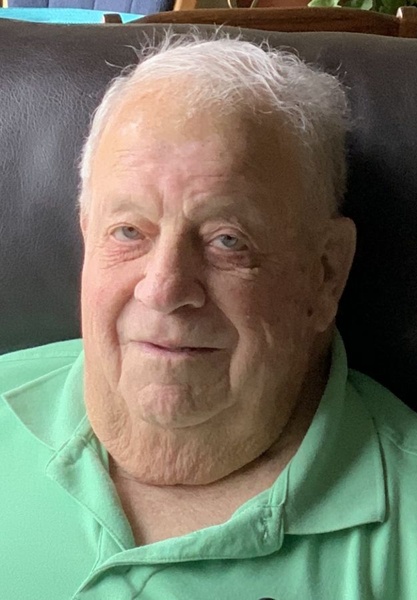 Kenneth Fred Millard, 84, of St. Charles, passed away peacefully at home with his family on March 28th. He did not let cancer take him down without a fight. His response to his daughter's questions about his wellbeing usually started with phrases like "well, I'm still on the right side of the grass" or "finer than frogs' hair." He was determined to enjoy life until the last minute, joking (sometimes arguing) with family, friends and caregivers while Marshall Matt Dillon, John Wayne or some other western hero was blaring on the TV in the background.

Ken was born December 31, 1936 in St. Charles. will be remembered for his strength and patriotism. He was a Korean War veteran who first served in the Army Reserves for 2 years while in high school and then the Navy from 1955-1959. Part of his time was spent on the aircraft carrier USS Yorktown as an airplane mechanic. He was very proud of his service and loved telling stories of his adventures in Hawaii, California, Japan and the Philippines.
After his military service he went into business with his father at Millard Construction. Their earth moving business-built roads in the summer and kept them clear in the winter. This love of roads later led him to driving tour bus for many years as he really enjoyed taking groups to many great sights all over the US. He had visited every state except Alaska.
Ken loved the outdoors, especially fishing and hunting. He spent many hours floating on Lake Pepin and traveled to South Dakota and Michigan to reel in "the big one." He always generously shared the catch with family and friends. Ken was a member of the St. Moose Lodge, American Legion and the Veterans of Foreign War Posts, having served as past commander and honor guard of the VFW. He was also a member of Rising Sun Masonic Lodge and the Osman Temple Shrine.
He was preceded in death by his parents, Fred & Betty Millard, and sister Reta Marcy. He is survived by his sister Roma Hamborsky (San Antonio, TX).
Ken married Margaret Davidson on January 13, 1962 and had 2 daughters, Karin (Greg) Wallgren and Nancy (Kyle) Christie.
He has four grandchildren: Leah (Doug) Price, Kurt (Elise) Wallgren, Kennan Christie and Jaxon Christie. He also loved watching his 3 grand-dogs Wookie, Kizzi and Lego's crazy antics.
We will be celebrating Ken's life on Monday, April 5, 2021 from 10:30 - 1:30 p.m. at Hoff Funeral Service in St. Charles. He will be laid to rest at Minnesota Veterans Cemetery in Preston 3 p.m. Monday, with military graveside honors.
A special thank you to all his friends, neighbors, caregivers, and Seasons Hospice. You helped make his life wonderful and his final journey peaceful.
Please share a memory of Ken and view his video tribute at www.hofffuneral.com. Memorials are preferred to the St Charles Moose Scholarship Fund.