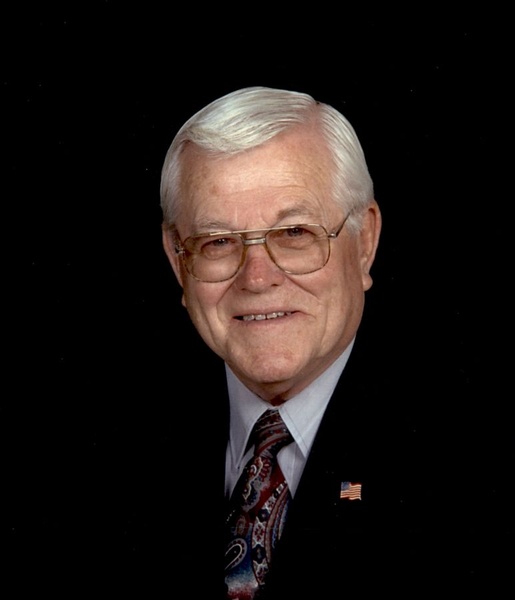 Keith Keller, 89, of St. Charles died Monday, March 29, 2021 in St. Charles. Keith Forrest Keller was born on the family farm near Alburnett, IA on July 17, 1931 to Forrest and Florence (Miller) Keller. He was the youngest of three children. Keith attended and graduated from Alburnett High School in 1949. Soon after graduation he enlisted in the United States Air Force. In November of 1952 Keith and Gail Gallup were married. They had two children, Julie and Jon. They farmed with Keith's father for several years. Later owning and operating a sports store in Marion, IA. In 1962 Keith and Gail moved with their family to St. Charles. He was employed by Valley Wholesalers of Winona. In 1964 he joined the staff of the First National Bank in St. Charles (Now Merchants Bank), where he became vice-president. He also served as interim president for a period of time. Keith was proud of having received a certificate from the Minnesota School of Banking at St. Olaf University.
In retirement, Keith and Gail spend 21 years wintering in Tucson, AZ. He loved spending time with his friends at the coffee shop and telling his favorite stories. And, also enjoyed sports.
He was a member of the St. Charles United Methodist Church, a former member of the Rising Sun Masonic Lodge, St. Charles Lions Club and the Minnesota Bankers Association.
Keith was preceded in death by his parents, two sisters, and a son-in-law Rand Gettler. He is survived by his wife, Gail, daughter Julie Gettler of Rollingstone, a son Jon (Amy) Keller of Hastings, grandchildren; Lee (Laura) Gettler, Kate (Craig) Theede, Kristin (Ben) Brunner, Michelle (Aaron) Plorin and James Keller, great-grandchildren, Leif, Rowan and Miller.
Burial will be later in Hillside Cemetery in St. Charles. There will be no services at this time. Please direct memorials for Keith's family of Hoff Funeral Home, PO Box 576, St. Charles, MN 55972. Please share a memory of Keith and view his video tribute, when it becomes available at www.hofffuneral.com.