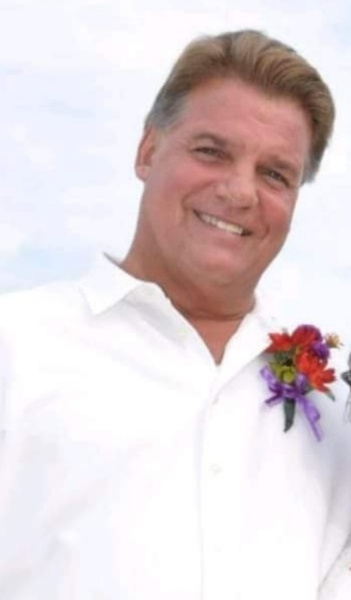 Karl Paul Fenske, age 63, of Winona, passed away unexpectedly on July 3rd, 2019. Karl was born on July 28th, 1955, in Winona, MN to Marvin and Carol (Werner) Fenske. He graduated from Winona Senior High in the Class of 1973.
Karl lived life to the fullest. He started his nearly 35-year racing career when he was just 16 years old. Throughout those years, he held many track championships in the area. His style of racing was one to be reckoned with. When "Kwik Karl" pulled onto the track with his eye-catching red and white #99, fans were guaranteed a night of excitement. Fellow racers, however, were faced with fierce competition.
His motto: "I'm not driving fast-Just flying low!" And that he did. He left a legacy for all who knew him.
Karl worked many years alongside his father, Marvin, at Fenske Auto Body and Auto Sales. His talent and skill in the business were well known and highly sought after. He had an eye for detail and a drive for perfection.
He will be remembered for his larger-than-life personality, contagious laugh, kind heart, and his legendary racing career. He touched so many lives and was a hero to so many people.
Karl is survived by the love of his life Sandy (Egland) Fenske, daughter Mara, sons Michael and Mitchell (Erin) Fenske, grandson Jaxon, mother Carol, sisters Christy Fenske and Dawn (Jeff) Thompson, brother Derrick Fenske, nieces and nephews Alaisha Rank, Preston Fenske, Shauna Fenske, and Jeffrey Thompson, along with his beloved furry family.
He is also survived by aunt Lorraine Johnson, uncles Ted and Ralph Fenske, Don (Julie) Werner, and Robert (Ruth) Werner. He is preceded in death by his father, Marvin Fenske.
A Celebration of his Life will be 11 a.m., Saturday, July 13, 2019 at Hoff Celebration of Life Center - Goodview. Visitation will be 9 a.m., until the time of the service. A reception will follow at the American Legion, 302 E Sarnia, Winona.
** THE MAN, THE MYTH, THE LEGEND - FLY HIGH #99 **

Hoff Celebration of Life Center - Goodview is assisting the family with arrangements. Please share a memory of Karl, sign his online guestbook and view his video tribute when it becomes available at www.hofffuneral.com.