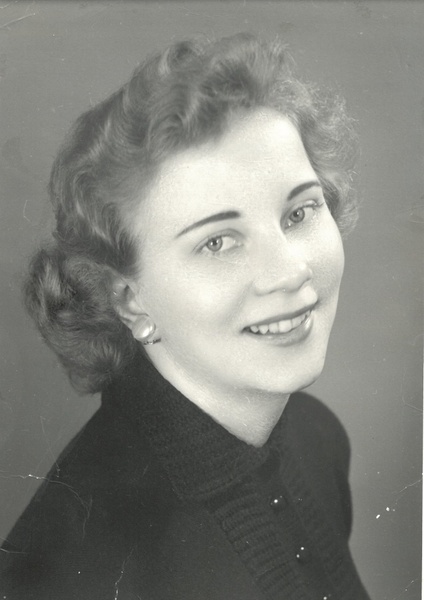 Karen was born April 30, 1936 in Nockerod, Sweden to Erik and Hildur (Malcomsson) Johansson.  She emigrated from Sweden to the US in 1954 at the age of 18, making the long trip with a friend.  She made her way to Chicago where she briefly lived with her aunt and uncle. It was there that she trained as a scrub nurse in exchange for housing and education to learn English and obtain her citizenship.

Karen was united in marriage to John “Jack” Peavey on October 7, 1961 in Oak Park, IL..  They made their home in Chicago and welcomed an infant daughter, Theresa, through adoption in 1964. In 1965 they made their way to Deerfield, IL and were pleasantly surprised as they naturally welcomed Michael, Christina, and Robert from 1966-1972.

With the birth of her children, Karen became a stay-at-home mom. Through the years she was a “room mother” at Wilmot Elementary, a PTA parent, a den mother, and a second mom to many of the neighborhood kids. She loved to bake, sew, knit and garden. She walked her kids to school every morning and was waiting for them everyday after school.

Jack and Karen moved their family to Arlington Heights in 1977. As the kids got older, Karen decided to go back to work and worked as a nurse's aide at Whitehall of Deerfield for 20 years until retiring.

In retirement, Karen and Jack moved to Winona to be near family.  Karen enjoyed attending her grandchildren’s sporting events and concerts, going to the casino with Jack, fish frys with Dave, Rita & Tess and lunch with the Grandma- Donna-Nana Club.

Jack passed away in 2011, just shy of their 50th wedding anniversary.  Karen eventually made her home at Callista Court where she enjoyed playing BINGO, Dairy Queen treats, happy hour, weekly outings and sitting and talking with the ladies.

She was preceded in death by her parents; husband, Jack in 2011; daughter, Christina Peavey in 2021; brothers Hilmer, Helge and Evert Johansson.

The family would like to thank the staff at Callista Court, St. Anne’s, Winona Area Hospice, Dr. Hammel and Dr. Ferris for their care of Karen.

Per her wishes, private family services were held on Thursday August 4, 2022.  She was laid to rest with Jack at St. Mary’s Cemetery.  Memorials are preferred to Winona Area Hospice.  Hoff Celebration of Life Center – Goodview assisted the family with arrangements. www.hofffuneral.com.