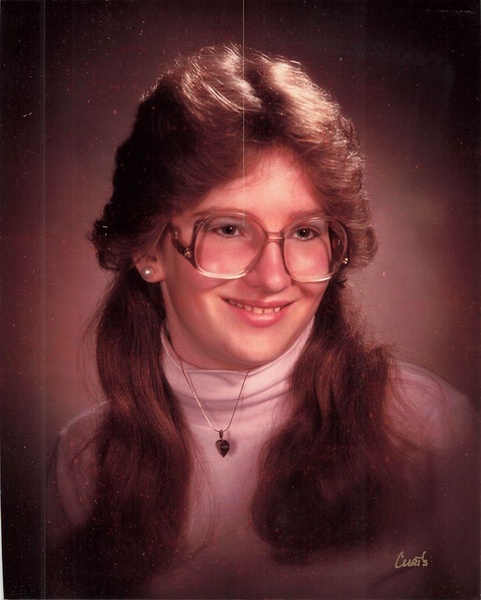 A Live Stream of Julie's funeral will be available at the following link. https://view.oneroomstreaming.com/authorise.php?k=1642133051159682

Julie Schlink Ludwig, 55, of St. Charles died Monday, January 10, 2022, in St. Charles. Julie was born October 17, 1966, in Rochester to Jacob and Alice (Fratzke) Schlink. She was raised on a farm near Rollingstone. Julie graduated from Winona Senior High in 1985, where she enjoyed playing clarinet in the band. Following high school, Julie enlisted in the United States Army, and was stationed in South Korea. Julie and Jim Ludwig were married August 1, 1998. They made their home in St. Charles, where she has worked at the St. Charles Public Library for more than 20 years.
Julie enjoyed crocheting and going to craft fairs to sell what she made. She and Jim enjoyed camping at Whippoorwill Campground, as well as camping in state parks, four wheeling and fishing. Julie belonged to the Eyota American Legion and St. Charles Veterans of Foreign Wars Post, having served in several district positions for the American Legion.
Survivors include three children, Jonathon Eckoldt of Rochester, Sean Eckoldt of Faribault, and Amber (Joey) Sengthongphet of Lewiston, three grandchildren, Lyah, Bella and Enzo, her mother Alice Schlink of Bethany and two sisters, Rose (Jim) Kauten of Utica and Karen Schlink of Bethany. Julie was preceded in death by her husband, Jim, on March 6, 2021, and by her dad, Jacob Schlink.
Services to remember Julie will be 11 a.m. Friday, January 14, 2022, at Hoff Funeral Service in St. Charles, led by funeral celebrant Jodi Heim. A visitation will be from 4-7 p.m. Thursday and 10 - 11 a.m. Friday at the funeral home. www.hofffuneral.com.