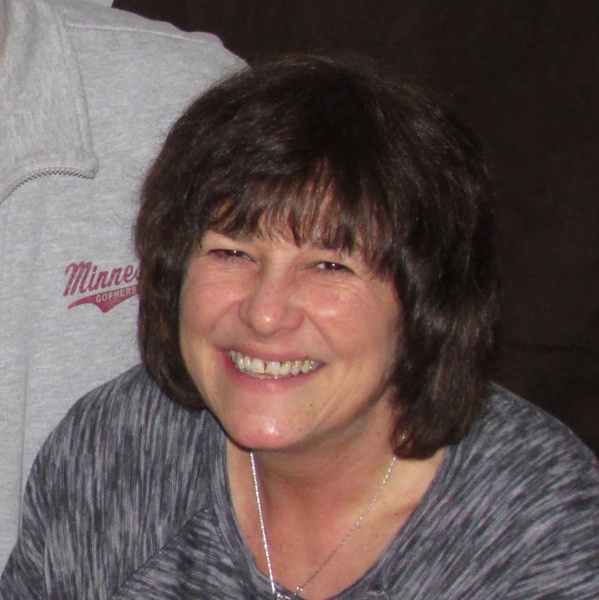 Judy Lynn Kromrey, 62 of Minnesota City, died Sunday, May 30, 2021 at her home after a courageous year-long battle with pancreatic cancer.
Judy was born January 21, 1959 in Winona to Lyle and Carol (Fogal) Storlie. After attending elementary school in Winona, she attended and graduated from Fall Creek High School in Wisconsin and began working at Finley Engineering in Altoona, WI. Soon after, she started dating Steve Kromrey of Fall Creek and moved with him back to Winona in 1981. On September 25, 1982, they were married. In 1984, she gave birth to their daughter, Melissa, followed by their son, Nathan, in 1987. Throughout her years in Winona, she worked at UBC, Midtown Foods and as a bank teller at Town & Country, Winona National and Merchants. In recent years, she had returned to Midtown as a cashier as she loved having jobs where she could be in contact and connect with people. Through these contacts and connections, many long term relationships and friendships were formed.
Her family was her life; being a mother, an aunt, and more recently in 2011, a grandmother (Grammy-Grams) to her special "little man", Marcus, brought her the greatest pride and joy. She enjoyed following Minnesota Sports, especially the Gophers. Judy and Steve enjoyed traveling, in particular around the Great Lakes region and surrounding towns, with Duluth and the North Shore area being a favorite of hers.
She is survived by her husband, Steve; daughter, Melissa Kromrey; son, Nate Kromrey; grandson, Marcus King; brother, Jay (Andria); mother-in-law, Margaret Kromrey; sisters-in-law, Christine Kromrey, Diane (Dale) Reetz and brother-in-law Douglas Kromrey; nieces and nephews, Brandon, Nick, Hannah, Stephany (Kelsey); and two great-nephews, Preston & Sullivan.
She was preceded in death by her parents; brother, Jim Storlie; father-in-law, George Kromrey and brother-in-law, Kent Kromrey.
She will be sadly missed, her memory will be treasured, and she will be forever in our hearts.
The family would like to extend their sincere gratitude for the services provided by the staff at Winona Area Hospice. Their attentive, compassionate care during Judy's final weeks was a source of comfort and greatly appreciated.
A Celebration of her life will be 11 a.m., Saturday, June 12, 2021 at Hoff Celebration of Life Center - Goodview, led by Funeral Celebrant Jodi Heim. Visitation will be 9:30 a.m., until the time of the service.
To view the livestream of Judy's service, please follow this link: https://view.oneroomstreaming.com/authorise.php?k=1623184233119262
If it asks for a password, use: BGTC51 (LIVESTREAM IS CURRENTLY GIVING US TECH CHALLENGES. iT WILL BE POSTED AS SOON AS THEY ARE RESOLVED.)
Please share a memory of Judy, sign her online guestbook and view her video tribute when it becomes available at www.hofffuneral.com.