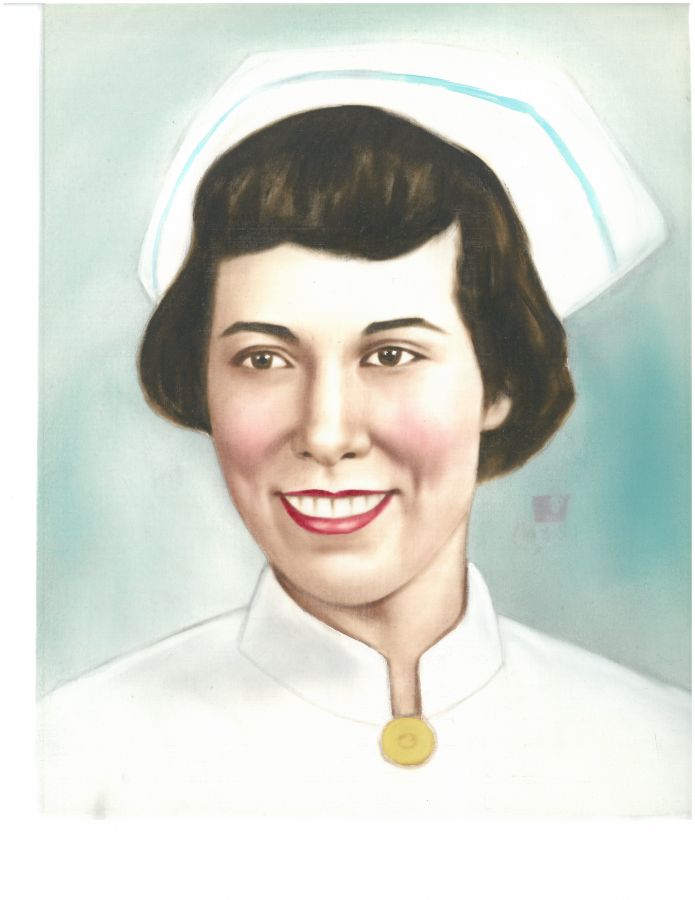 Joyce Lee Lee, 87, of Rushford, passed away to be with her Heavenly Father on Sunday, April 28, 2019 at Winona Health Services. She was born June 14, 1931 in La Crosse, WI to Herbert and Anita (Gensch) Rhodes. She was the 4th of 6 children. Joyce was baptized and confirmed in the West Salem, WI Presbyterian Church.
In 1949, Joyce graduated from West Salem H.S. where she played drums in the band. She graduated from Nurses Training in Mpls. When "her Walter" returned from Korea they were married Oct. 17, 1953. Due to his employment they made their home in different locations and states.
Throughout the years, besides family and work, she enjoyed oil painting, playing the drum, softball, sewing quilts, reading, and puzzles. After returning to Rushford to care for Walter's mother, Walter and Joyce joined the Lutheran Church.
Joyce is survived by her husband, Walter of 65 + years; 4 wonderful kids, Wanda (Karen Peters) of Weyauwega, WI., Walter Scott and James Lynn of Farmer City, IL., and Jay Anthony (Kelly) of Lewiston, MN; a precious granddaughter, Jordan Marie Lee of Chasta, MN; sister, Sharon Wesenberg of Puyallup, WA.; and sisters-in-law, Irene Rhodes of Onalaska, WI and Jan Rhodes of Salt Lake City, UT; and many nieces and nephews she loved dearly.
Joyce was preceded in death by an infant son, Walter; her parents; sisters, Carol Grace (Ken) Fillner and Ruby Helen (Dr. Martin) Smith; brothers, Herbert (Jan) and Gene (Irene); brother-in-law, Bernard Wesenberg.
No services will be held at this time. Please leave a memory of Joyce at www.hofffuneral.com. Hoff Funeral and Cremation Service, Rushford, is assisting the family with arrangements.
To order memorial trees or send flowers to the family in memory of Joyce Lee Lee, please visit our flower store.