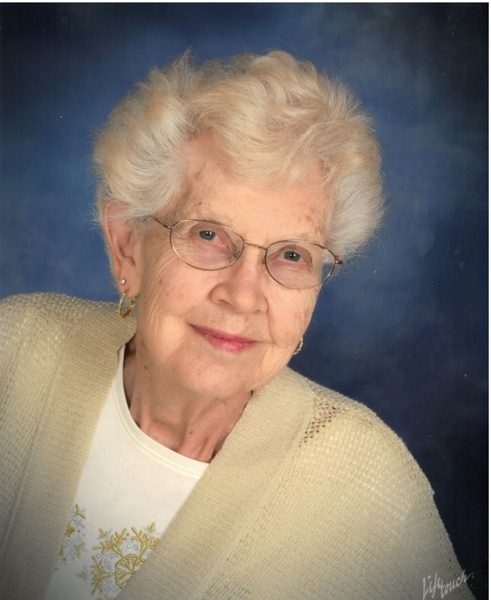 Joyce Beverly Brandt passed away on Wednesday February 9, 2022 in Winona, Minnesota. She was welcomed into heaven by her husband, Kenneth Brandt on the sixth anniversary of his death.

Joyce was born on December 5, 1929 to Mr. and Mrs. Roy Yahnke in Winona, Minnesota. She graduated from Winona Senior High School in 1947. Joyce married Kenneth Brandt on May 15, 1953, and they later had 4 children together. She worked as a Goodview election judge for many years. Many people would recognize Joyce as the "Pizza Queen." She was well known by the community as serving pizza samples at Midtown Foods until she was 89 years old.

Joyce was a member of Goodview Trinity Lutheran Church as well as a member of the Legions Women's Auxiliary. Ken and Joyce thoroughly enjoyed camping. They went on many adventures together enjoying every moment. They would plan their travels around the family and the nearest casino. In their later years they enjoyed being together at their campsite at Prairie Island, along with their nightly golf cart rides. Joyce was an avid sports fan. She would mark up the newspaper with the game times, so she didn't miss a single game. She especially cheered for the Minnesota Timberwolves, but she also watched the Twins and Vikings.

Livestreaming will be available at the time of the funeral service. Use the link below to watch at home.
https://www.youtube.com/c/GoodviewTrinityLutheranChurchWinona