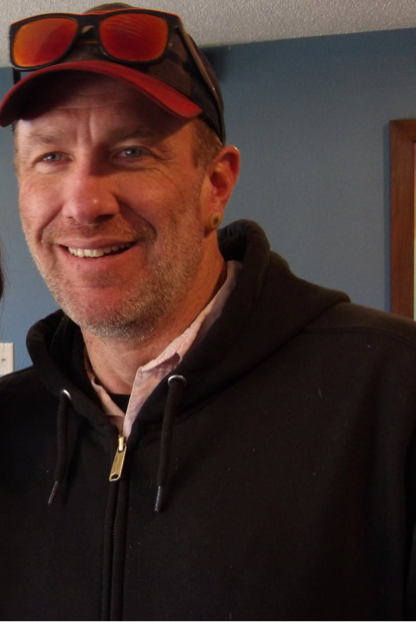 Josh was born in Norfolk, NE to Malia Sue Fox and Rodney Lamar Otting on September 30, 1977.

Josh moved with his family in 1986 to Winona, MN where he went to the Winona Area Catholic Schools. After Josh graduated, he pursued jobs in construction and moved to Manitou Springs, Colorado which became his desired place to live.

In 2002 Josh moved back to the Winona area and at this time started to branch out in sales, specifically Slumberland Furniture.

Josh was the proud father of Skyler Owen Hunze (Madison, WI), Abigail Rose Fox (Winona, MN) and Alyster Lee Fox (Winona, MN). Josh thoroughly enjoyed the outdoors and was often found on the Mississippi fishing. He was a wonderful cook and shared many baked goods with his family and neighbors. He loved helping people and his neighbors will miss his neighborhood watch attempts. Josh will be sorely missed by his four legged children Freya, Ander and Loki.

Josh was preceded in death by his father, Lamar, his paternal and maternal grandparents as well as numerous aunts and uncles.

A celebration of Josh's life will be held Monday, August 8, 2022, at Pleasant Valley Church in Winona, Minnesota at noon with visitation occurring from 10am until the service at noon. If you are unable to attend the service, memorials can be mailed to Hoff Funeral Home, Attn. Fox Family at 3480 Service drive, Winona, MN 55987.