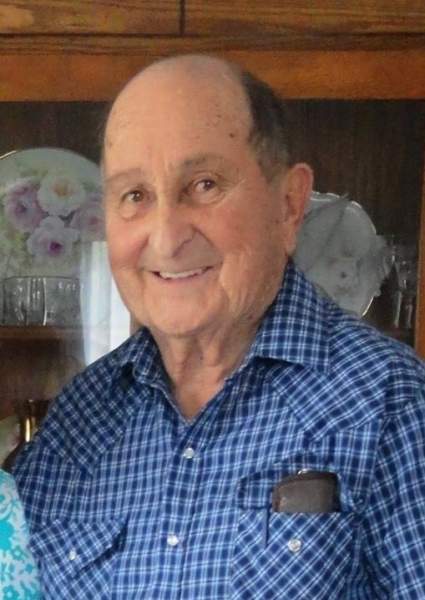 John M. Yonts, 86, of Rushford, MN died on Tuesday, July 14, 2020, at the Good Shepherd Lutheran Home in Rushford.
John Mason Yonts was born on August 13, 1933, in Groseclose in Smyth County Virginia to William Grady and Ora Mabel (Lindamood) Yonts. He was raised at Groseclose, Virginia in the foothills of the Smokey Mountains. John attended high school in Marion, Virginia. He entered the U.S. Air Force where he served most of his time in Waverly, Iowa. On June 21, 1952, John was united in marriage with Ethel Miles at the Little Brown Church in Nashua, Iowa. After their marriage, John and Ethel remained in Waverly. In 1957, they moved to a farm at Highland Prairie, south of Rushford. John got his auctioneering license during this time. In 1968, he decided to follow his experience cooking in supper clubs and purchased Niggle's Café, renaming it Johnny's Café and moving to Rushford. After several years of running the café, John started his own trucking business with his sons. He worked as a trucker until age 84 and was proud to say he never had an accident in over 40 years. He continued to cater local picnics, graduations and weddings with his famous beef and pork. He also cooked at Montini Hall in Rushford for many days, serving all of the people of Rushford affected by the flood of 2007. Community was important to John; as a member of the Lion's Club, charter member of Rushford Area Business Association (RABA), and a charter member of Fillmore County NFO. He was elected to the Rushford city council in 1979 and mayor from 1985 to 1993. During his time, the Economic Development Authority (EDA) was formed and the Rushford Community Park was completed with the playground. He was so proud of all the progress Rushford made during this time to ensure a viable future for the city.
He is survived by his wife, Ethel; children: Jim (Kathy) Yonts, Mary (Larry) Bergin, Edward (Beth) Yonts, and Carol (Tom) Meyer, daughter-in-law Linda (Dave) Hundorf; thirteen grandchildren; nineteen great-grandchildren; sisters: Nancy (David) Hilton of Kingman, AZ, Margaret (Kenneth, Sr.) Sledd of Marion, VA, and Mary (Paul) Snavely of Rural Retreat, VA, many nieces, nephews, cousins, and countless good and faithful friends.
John was preceded in death by his son William, a brother James, and sisters, Ruby Nell and Janet Louise.
There will be a graveside service at Highland Prairie Lutheran Church at 1:00 p.m. on Saturday, July 25, 2020, with the Reverend Luther Mathsen officiating. There will be a drive-thru visitation on Saturday, following the graveside service at Highland Prairie Lutheran Church from 2:00 to 5:00 p.m. Cards of Sympathy for John's family may be mailed to P.O. Box 87 Rushford, MN 55971.
Hoff Funeral and Cremation Service in Rushford is assisting the family with arrangements.
Please leave a memory of John and sign his online guestbook at www.hofffuneral.com