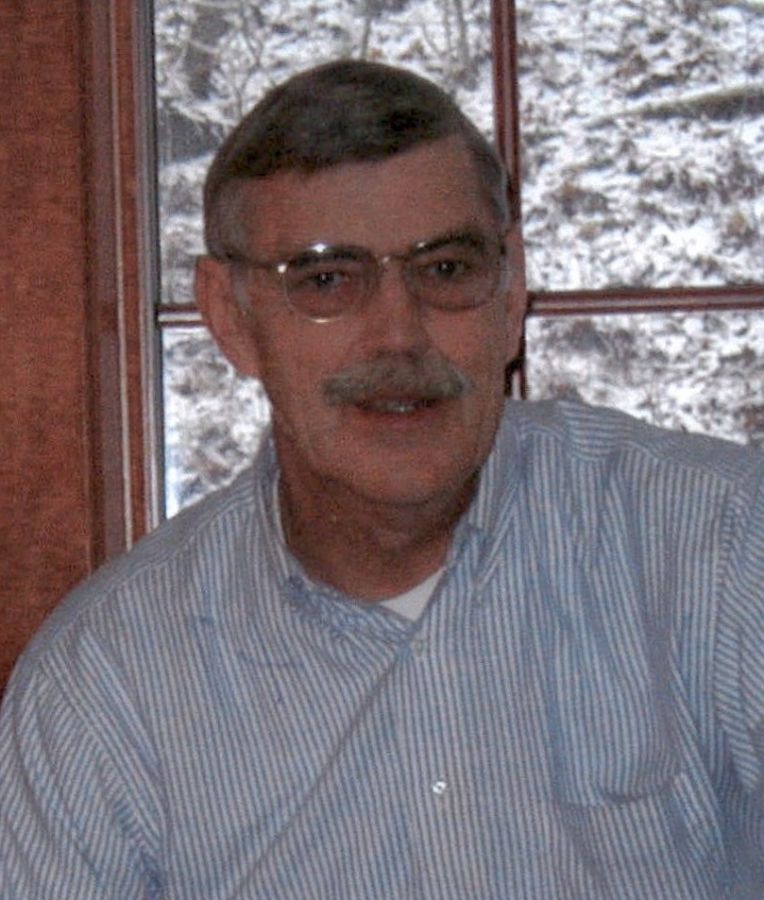 John Ward Newell passed away peacefully on March 21st, 2019, one week before his 78th birthday, due to complications from cancer. A native of Winona, MN and later a home owner for 50 years in Bluff Siding on Chicken Valley Road, WI, John was known for his quiet steadfastness, his dry humor, and especially to his children, his amazing ability to build or fix most anything with his hands. John was the beloved husband of Helen Lorraine with whom he recently celebrated 52 years of marriage. He was a much loved father to daughters Laura (Kayvan) of San Jose, CA, Michelle of Eden Prairie, MN, Christina of Minneapolis, MN, and his son, John of Winona, and a proud grandfather to Katherine (Garrett) of Oregon and Robin Gregory of California. John was known to his family as strong, capable, and constant. John was preceded in death by his parents, Atwill Charles and Gertrude Elisabeth (Lence) Newell, as well as his four older siblings, Beverly Ann (Jack), Charles Richard (Shirley), Joseph Lence (Frances), and Geraldine Mae (Jack). Born on March 29th, 1941, John attended St. Thomas Elementary School and graduated from Winona Senior High School. At Winona State University he earned his degree in Education. After being honorably discharged from the U.S. Army as a Medical Specialist in November of 1965 he returned to his hometown where he met Helen the following week on a blind date. Her friend Jan was able to talk her into it after he described John as 6'4", with dark hair, and handsome. They married on August 13th, 1966. John was hired as the first employee of Fastenal, the Winona-based company founded by his childhood friend, Bob Kierlin. John worked at Fastenal for 37 years as the flagship store manager in Winona. John was a member of Cathedral of the Sacred Heart and the Knights of Columbus. As a member of the Knights, he bowled in a weekly bowling league for many years. John was also a member of the American Legion. John generously volunteered his time for Project COMPASS, a WAPS program that offers a plethora of Community Education classes with opportunities for adults with disabilities. John also volunteered for the National Alliance on Mental Illness (NAMI), Winona Affiliate. First and always, John was a family man and he loved supporting his children's academic, sporting, and civic activities. For nearly twenty years as the children were growing up they all enjoyed boating on the Mississippi River and being "river rats." He was a fantastic cook and delighted the family anytime he took a turn at the stove or oven. He is especially remembered for how graciously and capably he supported Helen in her recoveries from multiple joint replacement surgeries. A memorial service in loving celebration of John's life will be held at 3pm this Sunday, March 31st at Hoff Celebration of Life Center, 3480 Service Drive, Goodview, MN, with Rev. Brian Mulligan officiating. Military honors by the American Legion Leon J. Wetzel Post 9 will immediately follow the service. Visitation and a reception will be from 4pm to 6:30pm, also at Hoff's. Those who so desire may make memorial donations in memory of John to the National Alliance on Mental Illness (NAMI), Winona Affiliate, PO Box 1063, Winona MN, 55987. The family would like to extend a special thank you to the nurses (especially Kara) and doctors at Winona Health as well as the visiting clergy who provided great compassion and care for John during his eighteen days in the hospital. Please share a memory of John at www.hofffuneral.com. Hoff Celebration of Life Center, Goodview is assisting the family.
To order memorial trees or send flowers to the family in memory of John W. Newell, please visit our flower store.