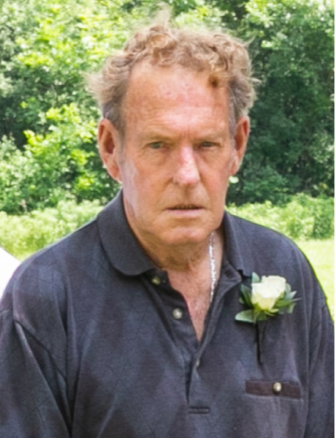 John Anthony Beth (A.K.A Honkey) peacefully passed away on November 27, 2021.
John was born on March 18, 1943, in Caledonia, MN to Harold A. and Elizabeth A. (Trulson) Beth. He served in the United States Army as Sergeant of Communications. John served his time in Korea. Upon his returning, he married Geraldine A. Kittleson. They had three children: Joe, Julie and Jody. They later divorced. John raised his children in Kasson, MN, but returned to Houston, MN., which he called, "God's Country". John was a Union Mason for 40 years and retired when he was 65. He was well known as the "Racing Mason" and the man that always wore cowboy boots, even at work. John was quite the entertainer. You would catch him singing and dancing on the scaffold. John always had a story or two to tell. John's passions were cowboy boots, country western music, Nascar races, baseball, ice fishing, and many years of camping with family. John had many friends that would stop over every day for coffee and cookies in the morning, and bean bags and buck euchre in the afternoon. John's children are very thankful for all of the time they spent with him and especially Cheryl Ann, his best friend for always looking out for our dad. John had a tremendous faith in God. He was an active member of St. Mary's Catholic Church in Houston and was very proud to usher and lead the rosary.
John was preceded in death by his parents, Harold and Elizabeth; sister and brother-in-law, Pat and Louis Rogich; niece Lisa (Johnston) Yahnke; and Alan, Bonnie, and Gary Sanden; and by his dog Biana.
John is survived by his son, Joe (Julie) Beth; daughter, Julie (Joel Wright) Beth and son, Jody (Lisa) Beth; four grandsons: Jordon Deno, Anthony Beth, Preston Beth, and Tristan Beth; his sisters: Carol (George) Johnston, Debbie (Dennis) Reed; and his best friend, Cheryl Ann Sanden
The family would like to thank the City of Houston Ambulance, Dr. Malone, Dr. Lundstrom and the rest of the staff at Mayo - La Crosse for taking such good care of him.
There will be a Memorial Service at 11:00 a.m. on Saturday, April 23, 2022, at Hoff Funeral Home in Houston.  Burial will take place in the Stone Church Cemetery in Houston.
Leave a memory of John and sign his online guestbook at www.hofffuneral.com
In lieu of flowers, the family prefers memorials directed to the St. Jude Children's Hospital.