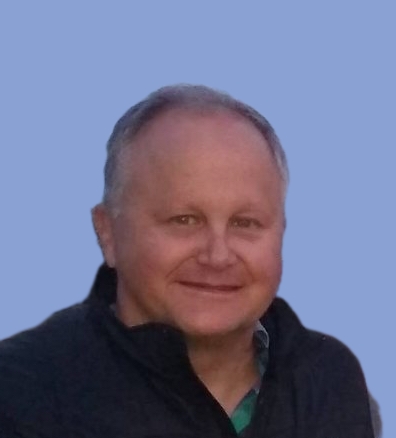 John Anthony Speltz of St. Charles, Minnesota passed away on February 12, 2020. Born to Jerome C. Speltz and Laurine (Schneider) Speltz on March 22, 1962, and raised in Winona, Minnesota, John graduated from Cotter High School in 1980, and from St. Thomas University in 1985, earning a Bachelor of Arts degree in Business Administration with a focus in Financial Management. John's goal as a college graduate was to become a small business entrepreneur, and in 1990, after extensive research, he secured the Subway franchise for the southeast region of Minnesota. John opened his first Subway restaurant in Rochester, Minnesota, eventually owning and operating 11 Subway restaurants in partnership with his brother Joseph Speltz. Their different talents complemented each other; the brothers rarely ever had a disagreement. John recently told Joe, "I'm proud of our 30 year partnership. We did it the right way. Not the easy way."

John was not only a stellar entrepreneur, he was also a community leader, advising and empowering many individuals to achieve their own financial success. John was awarded the Southeastern Minnesota Development Corporation's Annual Development Award in 2003 in recognition of his entrepreneurial spirit, community volunteerism, and commitment to development in rural southeastern Minnesota. He chaired Subway's regional advertising board for more than 20 years, and served on Subway's Strategic Planning Committee for over 25 years. John twice earned the title of Subway Franchisee of the Year. He served on the board of the Winona County Chapter of Habitat for Humanity, and was active with the St. Charles Economic Development Authority.

Whether teaching young people about financial management, shepherding a friend through the process of constructing a new facility for his business, or helping employees in need, John truly embodied the idea of "paying it forward." John had a rare ability to connect with and inspire others. One of his former employees recalls that "It didn't matter what your past was, John accepted you--but held us all to high standards, in life and business." One of John's assistant managers, a Subway employee for more than 20 years, credits John for making her "the better person that I am today." Another former employee spoke for many when she said, "I loved John like a brother. He was the first one to believe in me." John did not neglect his own growth. A deeper spiritual life became increasingly important to him over the years, and he had participated in men's Bible study groups as a way to deepen his Christian faith and grow closer to Jesus.

John's energy, thoughtful intelligence, and ability to listen closely were equally evident in his family life. He married the love of his life, Ellen (Fuchsel) Speltz, on January 5, 2002, and their sons Jonathan and Nathan Speltz were born in November 2002 and November 2003. In the same way that John supported and mentored his many Subway employees, he poured his heart into parenting his sons, passing on his sense of integrity and his curiosity about the world, as well as a strong belief in working hard while always making time for fun and adventure. Most particularly, John nurtured in his boys a love of the outdoors and a passion for hunting and fishing. From a very young age, John explored the hills around Rollingstone, Minnesota, learning to hunt deer with gun and bow, and to appreciate the beauty of the natural world. John taught his sons to fish the Mississippi River and Lake Winona, and in more recent years, the family spent many happy weekends at a cabin on nearby Lake Pepin. John also organized many memorable trips with family and friends to remote parts of the United States and Canada for hunting and fishing. He loved his extended family, the close-knit Speltz and Fuchsel clans, and took great pleasure in impromptu gatherings and family reunions.

In lieu of flowers, memorial donations may be made to In Touch Ministries (P.O. Box 7900, Atlanta, Georgia 30357) or Kicking Bear, a nationwide faith-based, youth ministry that allows underprivileged and at-risk youth, or any youth, the opportunity to enjoy God's creation while experiencing fun outdoor activities such as hunting and fishing (P.O. Box 194, La Crescent, MN 55947).

Please leave a memory of John and view his video tribute when it becomes available at www.hofffuneral.com. Hoff Funeral and Cremation Service, St. Charles, is assisting the family.