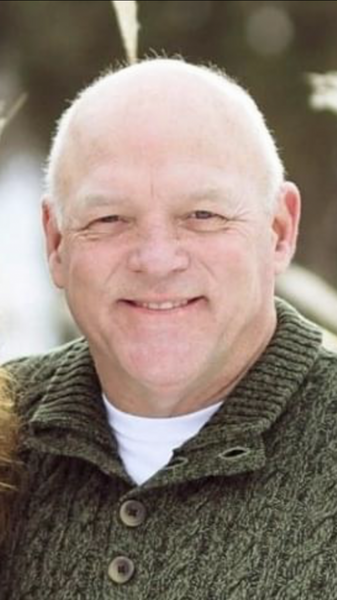 HOUSTON, MN - Joseph W. "Joe" Krage, 60, of Houston, MN died on Tuesday, August 4, 2020, at his home surrounded by his family following a brief, courageous battle with cancer.
Joseph William Krage was born in Winona, MN on August 18, 1959, to Thomas and Bernadette (Corcoran) Krage. He grew up in Corey Valley of Winona County, MN. He was a 1978 graduate of Houston High School. He graduated with an accounting degree from Winona State University and a Master's Degree in business administration from St. Mary's University in Winona. Joe married Nancy Starzecki. They were later divorced. He worked as an accountant and a CFO at many area manufacturing businesses in Winona, Rushford and at his favorite job, Miken Sports in Caledonia, where he was one of the company's first employees. Joe was a very civic minded person. He was on the Rushford Fire Department for 8 years, the Houston Fire Department for 20 years of which he was chief for eight years until his retirement from the department last year. He was also on the Houston City Council, the church board at Looney Valley Lutheran Church, The Houston School Board, the Houston Mat Club and many numerous other organizations. When asked to help, Joe could never say no.
He is survived by his mother, Bernadette; wife, Laura; seven children: Becky of New York, NY, Andy (Emily) Krage of Houston, Rachel (Joel Griffis) Scanlan of Tomah, WI, Bailey (Eric Radsek) Scanlan of Houston, Brandy Scanlan of Missouri, Ariel Scanlan of Houston, and Riley Krage of Houston; one grandchild, Jackson Griffis; siblings: Daniel (Sara) Krage of Houston, Lisa (Ted) TerBeest of La Crescent, Minn., Brian (Dawn) Krage of Houston , Kathleen (Jim) Nygaard of Faribault, Minn., Steve (Colleen Wieser) Krage of Houston, Kristi (Brent) Soland of Rochester, Minn. and Mark (Valerie Lidtke) Krage of Houston; and by many nieces and nephews.
He was preceded in death by his father and a sister-in-law, Carrie (Ask) Krage.
There will be a private family service for the immediate family only at Looney Valley Lutheran Church in rural Houston at 11:00 a.m. on Saturday, August 8, 2020. Only the family is allowed to attend the service in the church due to COVID restrictions. The family would like to invite friends to listen to the service on the East patio of the church or view the service online. The service will be live streamed through the Looney Valley Lutheran Church Facebook page. https://www.facebook.com/looneyvalleylutheran/
There will be a drive thru visitation on Friday, August 7, from 5:00 - 8:00 p.m. at the Houston Fire Hall (110 Westgate Drive). We would ask that people drive from old highway 16, south of the fire hall down Westgate Drive to attend the visitation.
Burial will be at St. Patrick's Catholic Cemetery in Ridgeway at a later date.
The family prefers memorials be directed to the future Joe Krage memorial scholarship fund. Because the fund has not yet been set up, please make checks payable to his wife, Laura Krage. Hoff Funeral Home- Houston is assisting Joe's family with arrangements.