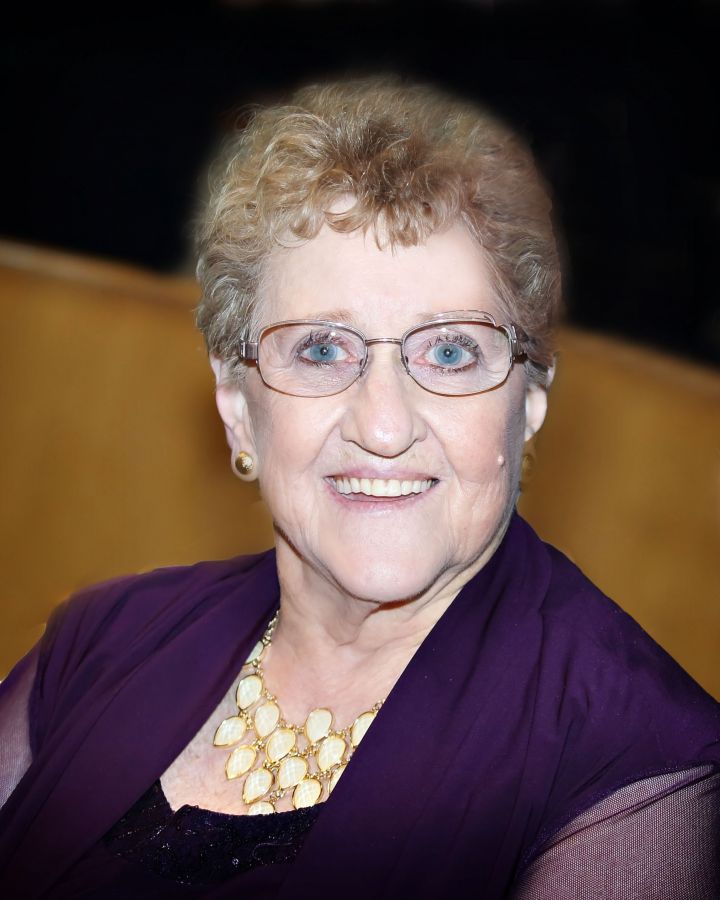 JoAnn Hanson, 77, of St. Charles died Monday, August 5, 2019, at Mayo Clinic Hospitals - Rochester, St. Mary's Campus, surrounded by her family. JoAnn was born October 20, 1941, in Jackson Junction, IA to Hiller and Elsie (Wiedow) Holien. She attended Lanesboro Schools, completing her GED in 1995 and spoke on behalf of her graduating class. JoAnn and Dave Hanson were married July 18, 1964, in Whalen. They made their home in Whalen before moving to St. Charles in 1965. JoAnn cared for hundreds of children over the 42 years of operating Jo's Dimple Darlings Daycare. In her youth, JoAnn worked for her dad at his Whalen Grocery Store and for the White Front Café. She was also a Tupperware representative, a Welcome Wagon host and a Brownie leader. JoAnn belonged to Root Prairie Lutheran Church in rural Fountain. She was an active church member her entire life as her faith was very important to her.
JoAnn enjoyed celebrating the Holidays, especially Christmas when she displayed many of her 150 nativity sets. She had an amazing sense of humor, was an awesome cook (known for her amazing mac n cheese and potato salad) and danced a mean 'Wipeout'. Some of her favorite pastimes included visits from past daycare children, coloring pictures, which she proudly displayed and gave to her family and friends. She also cherished the time she spent playing cards and games with her family.
Survivors include her husband Dave, their four children; Jeni (Jeff) Brown of Holmen, WI, Lisa (Kurt) Nelson, Dave (Karen) Hanson Jr., and Pam (Aaron) Hansen all of St. Charles, her 11 grandchildren; Jessica (Eric), Alex (Tyler), Kylie, Johna, Korby, Liz, Dave III, Ian (Grace), Jacob, Tessa and Kileigh, a great-grandchild, Bryce, siblings; Irene Ladenburg of Columbia Falls, MT, Hiller Holien Jr. of Minneota, Ione Thorson of Chatfield, Bob (Barb) Holien of Peterson and Marlyn (John) Hanson of Chatfield. She was preceded in death by a son Bruce, a sister Vivian Ramlo and two half brothers, Donald and Lloyd Wiedow.
Funeral Services will be 10 a.m. Friday, August 9, 2019, at Root Prairie Lutheran Church in rural Fountain, with the Reverend Mark Docken officiating. Friends may call from 4 - 7 p.m. Thursday at Hoff Funeral Service in St. Charles, as well as an hour before services at the church on Friday. Please share a memory of JoAnn at her online guestbook and view her video tribute, when it becomes available at www.hofffuneral.com. Memorials are preferred to a food shelf of the donor's choice or the Alzheimer's Association.