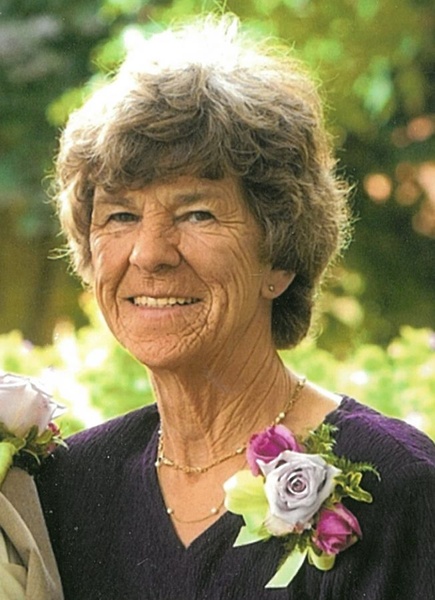 HOUSTON, MN - Joan Ruby Virock, 83, of Houston, MN died on Sunday, August 1, 2021, at Gundersen Health System in La Crosse, WI.
Joan Ruby Omodt was born on January 17, 1938, in Houston, MN to Clemont and Lois (Johnson) Omodt in rural Houston, MN. She was raised in Perkins Valley near Houston and was a 1955 graduate of Houston High School. On April 26, 1956, she was united in marriage with Terry Virock. Joan worked as a secretary at Winona Health in Winona and Gundersen Health in La Crosse, WI. She enjoyed spending time with her family, baking for everyone, dancing, music, camping, boating, and water skiing. Joan was a very hard worker.
She is survived by four children: Lee Virock, Cari (Paul) Marino, Kristina Virock, and Ross Virock; seven grandchildren: Shane (Lindsey) Krumrie, Zachary (Ginny) Virock, Allison (Steve) Boldt, Megan (Ryan) Johnson, Justine Virock, Jacob Rogich, and Nicole Rogich; six great-grandchldren: Riley, Liam, Delaney, Aspen, Kingston, and Molly; and by two brothers: Dale (June) Omodt and Lon Omodt.
She was preceded in death by her parents, husband, and two sons: Peter and Brian.
There will be a memorial service for Joan at 11:00 a.m. on August 13, 2021, at Looney Valley Lutheran Church in rural Houston with the Reverend Kari Charboneau officiating. Burial will be at the Silver Creek Cemetery in rural Houston. Visitation will be from 4:00 to 7:00 p.m. on August 12, 2021, at Hoff Funeral and Cremation Service in Houston.
Please leave a memory of Joan and sign her online guestbook at www.hofffuneral.com